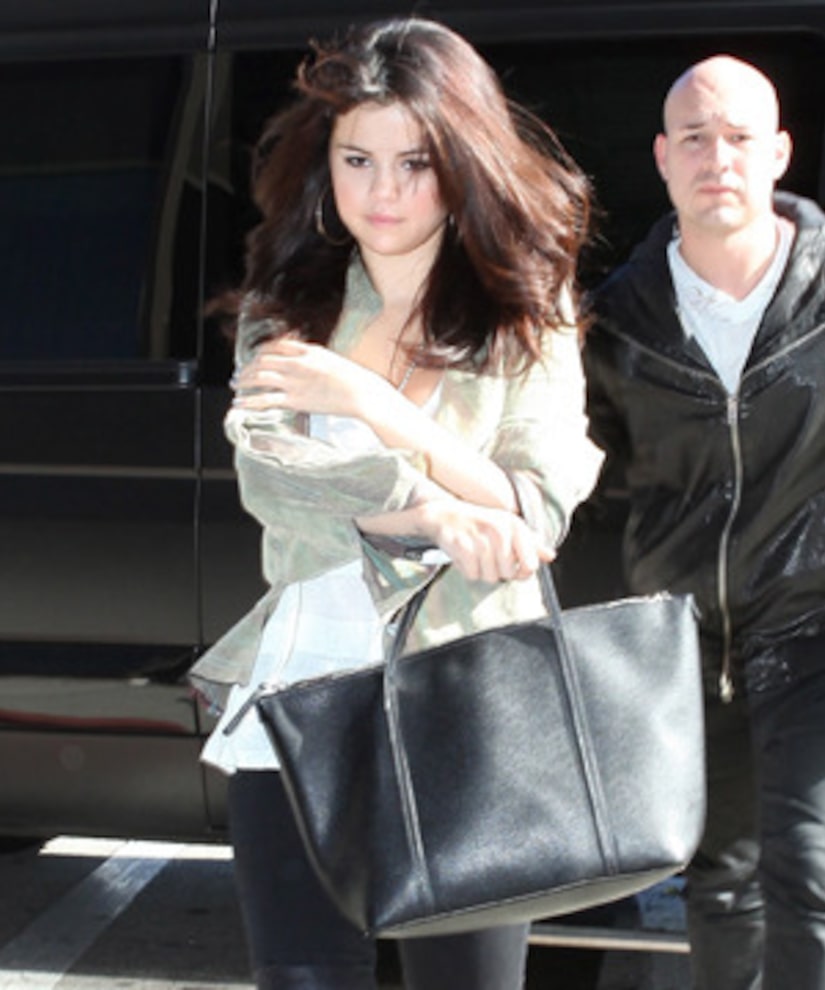 Actress Selena Gomez might be feeling under the weather. The “Wizards of Waverly Place” star stopped by a Reseda hospital near her home in Tarzana on Monday for a quick 20-minute visit. On-again boyfriend Justin Bieber waited in a black shuttle van outside, reports X17.

Paparazzi shouted questions at the starlet, asking if she is pregnant, but Selena ignored them as she climbed back on the bus. TMZ reports sources say Gomez had a sore throat and wanted to rule out a strep infection.

The 20-year-old suffered a health scare back in 2011 when she had to be hospitalized due to nausea and a headache.

Gomez and Bieber split less than two weeks ago, but the relationship appears to be on the mend. They reportedly met up at an American Music Awards after party Sunday night and then went back to her place.