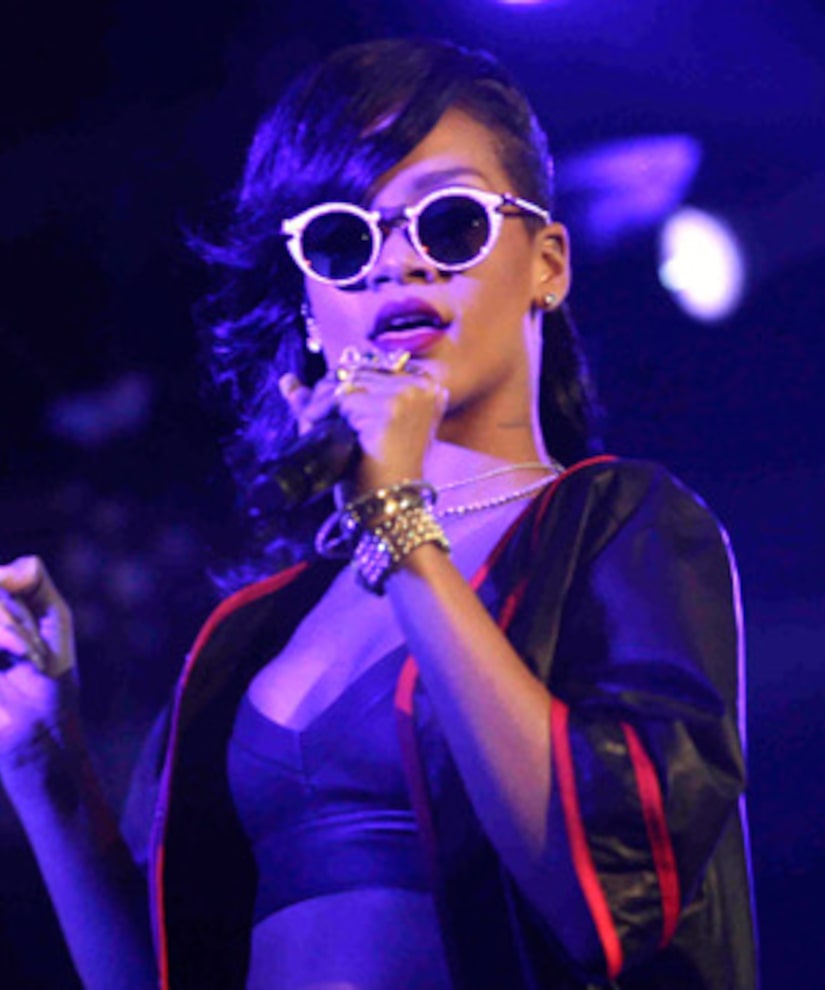 Rihanna is on a mission to perform seven concerts in seven countries in seven days! After hitting Mexico City and Toronto to promote her seventh album, “Unapologetic,” she touched down in Stockholm for day three of her whirlwind 777 tour.

Taking the stage more than two and a half hours late, according to E! News, she told the crowd "I know I'm a little late so I first want to apologize for all the inconvenience. I want to thank you for being the s**t and so patient with me and being still this excited."

Before launching into “Only Girl,” she added, "I can't believe I'm back here this quickly. I must apologize. You guys make me feel so special.”

She also sang “Stay” for the second time live (the first being on “Saturday Night Live”) and asked the crowd to be patient with her. "This is only my second time performing it so forgive me if I forget the lyrics,” she said.

After the show she played bartender at the after-party, pouring cocktails for VIPs and journalists. She finally called it a night around 4:30 AM, telling the crowd, “I quit.”

She later tweeted, "Stockholm thank you, I love you so much! I think I'm gonna spend the night with you guys!! Paris, I'll see you tomorrow tho #777tour.”