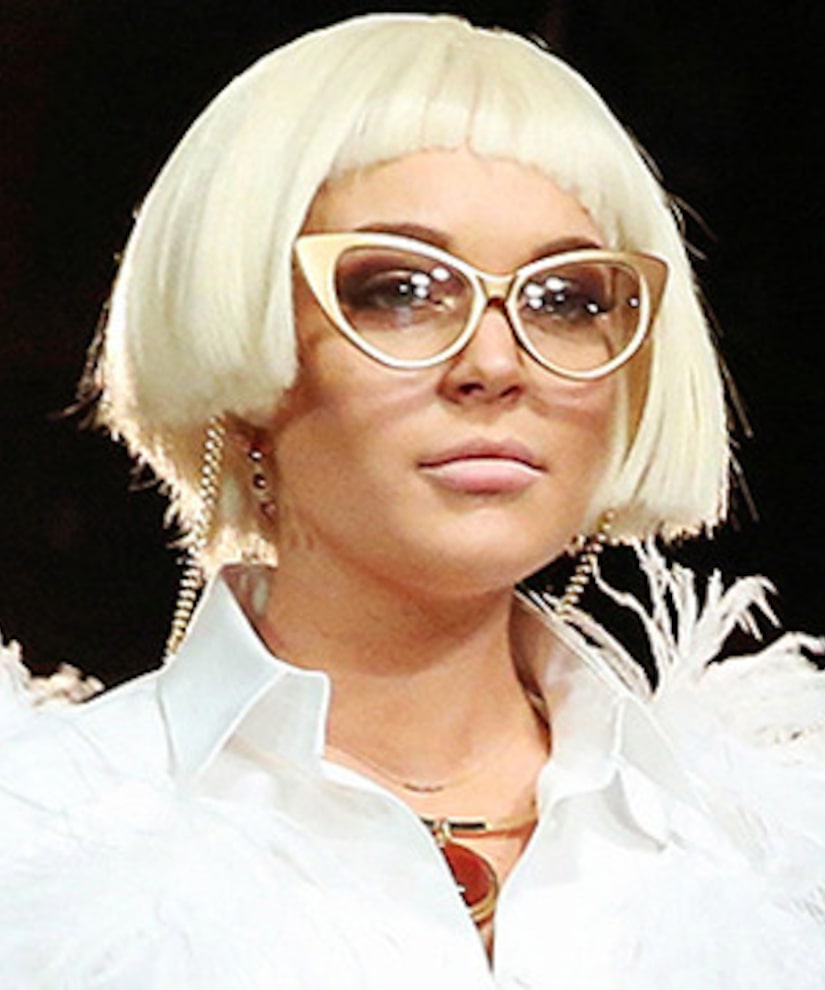 Actress Lindsay Lohan and dad Michael are getting a lot of press these days. While the “Liz & Dick” star made a surprise visit to “Late Night with Jimmy Fallon,” Michael was busy taking a televised paternity test on “The Trisha Goddard Show.”

LiLo had the crowd laughing over a round of “Let Me Play with Your Look.” Wearing a platinum wig and white dress, she chose one lucky audience member to join her on stage. As Jimmy sang, wearing a blond wig and spandex, Lindsay smothered the guest's hair with shortening, eventually sculpting it into a faux hawk. Watch the skit here!

Over at the “Trisha Goddard Show,” Michael learned he's the father of a 17-year-old girl, but the teen says she's not interested in being a part of the “Lohan train wreck.” Watch the video!

The elder Lohan has four children with ex-wife Dina and another on the way with girlfriend Kate Major.