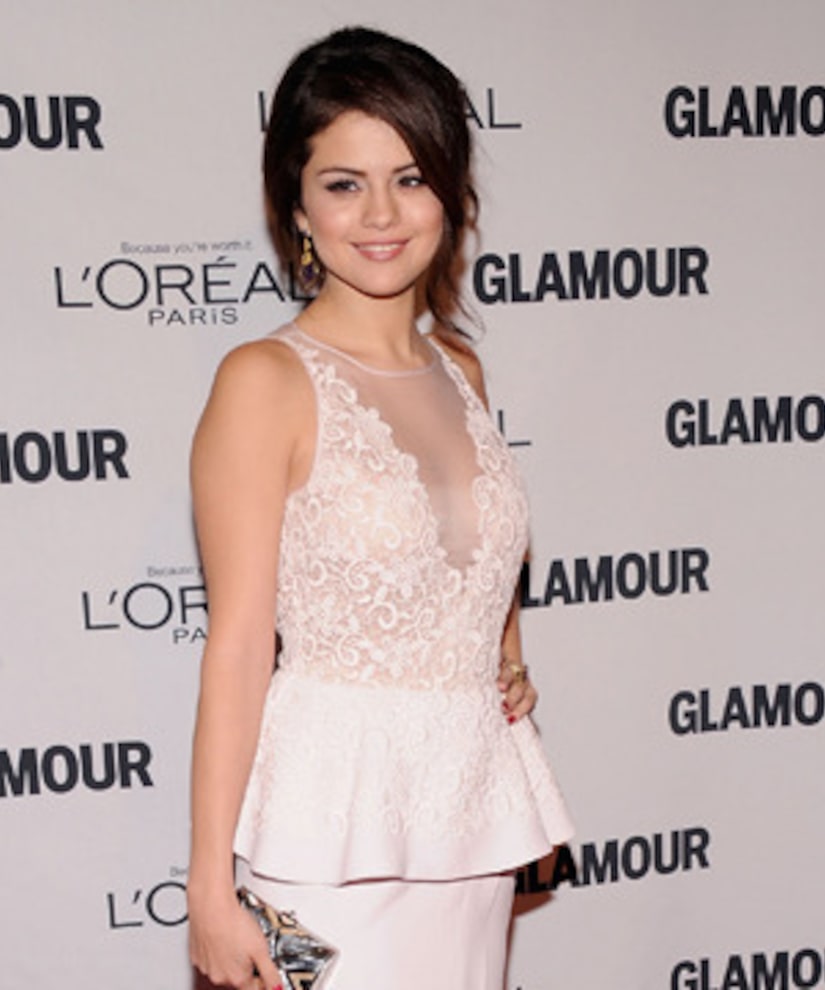 Just days after news surfaced that Selena Gomez and Justin Bieber had broken up, Selena appeared choked up as she received the Glamour Woman of the Year Award in NYC.

As she accepted the honor, Hollywood Life says the emotional Gomez, 20, told the crowd, “I am so honored to be in a room full of women that I can only aspire to be as good as they are one day… I just want to share to all the girls out there that you have a voice, you have a chance to do what you love, whether that is acting or singing. And just being true to who you are.”

Although the pair reportedly split, they were spotted having dinner together at Morandi's in the West Village and at a NYC hotel. Justin did not attend the Glamour event at Carnegie Hall, but he was nearby, playing a show at Barclays Center in Brooklyn.