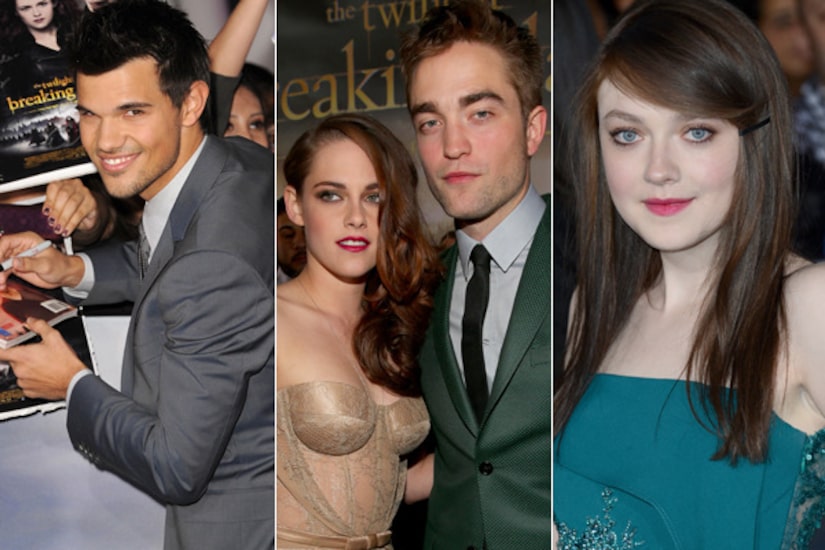 The lead-up to the “Breaking Dawn 2” premiere has been a bumpy road for Robert Pattinson and Kristen Stewart. The “Twilight” couple endured a cheating scandal over the summer, but all seemed to be forgiven as the pair reunited on the red carpet. Check out the photos!

Fans camped out for days in an unusually chilly downtown Los Angeles, hoping to catch a glimpse of RPatz, KStew and their favorite “Twilight” cast members at the Monday night premiere -- and the actors are still blown away by the response.

“Its completely mental,” Robert Pattinson told “Extra.” “Everybody is saying thank you and its really nice.” Kristen revealed, “I recognize so many people speckled throughout the crowd…they’ve been in it with us for four and a half years.”

After five films, the “Twilight” cast and their fans have become one big, happy, screaming, family.

Taylor Lautner was feeling nostalgic, “I’m so close with those people... it means a lot to share it with them.”

Co-star Ashley Greene added, “I love the fact that we still have so much love for each other. It is nice to get to experience this all together.”

Stewart chose designer Zuhar Murad for the special occasion, while Ashley Greene wore Donna Karan. It was Dakota Fanning's new 'do, however, that really stood out. The blonde beauty is now a brunette!