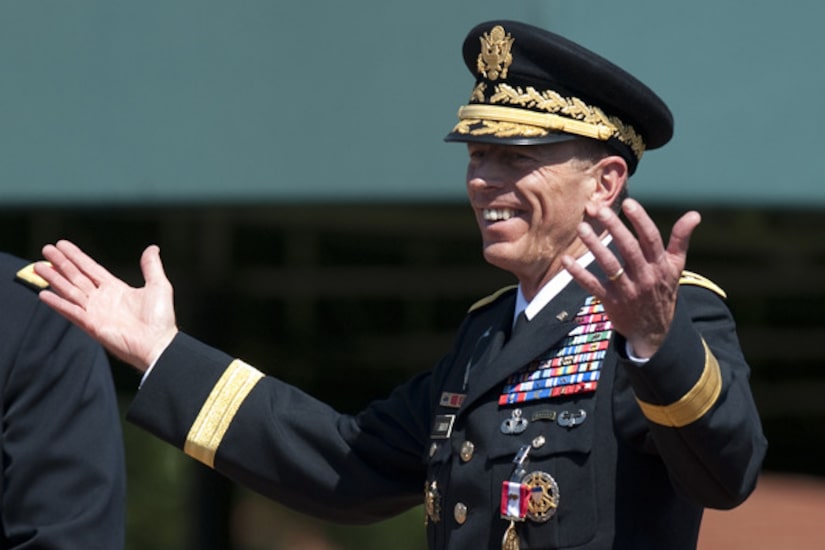 A jealous Paula reportedly saw Jill as a love rival and sent the Florida socialite anonymous email that accused her of provocatively touching the General under a table, warning her to “take it down a notch” and asking if her husband knew what she was up to.

Kelley complained to an FBI friend who sparked the investigation, but he had to be removed from the case for sending Jill shirtless photos of himself, according to NBC News.

In addition, General John Allen is also mixed up in the case. A defense official told CBS News that he exchanged “flirtatious” emails with Jill, but another source told NBC “there was no affair.”

Meanwhile, more awkward videos of Paula promoting her book “All In” have surfaced. Watch as Broadwell tells reporter Arthur Cade in February, “I'm not in love with David Petraeus.”