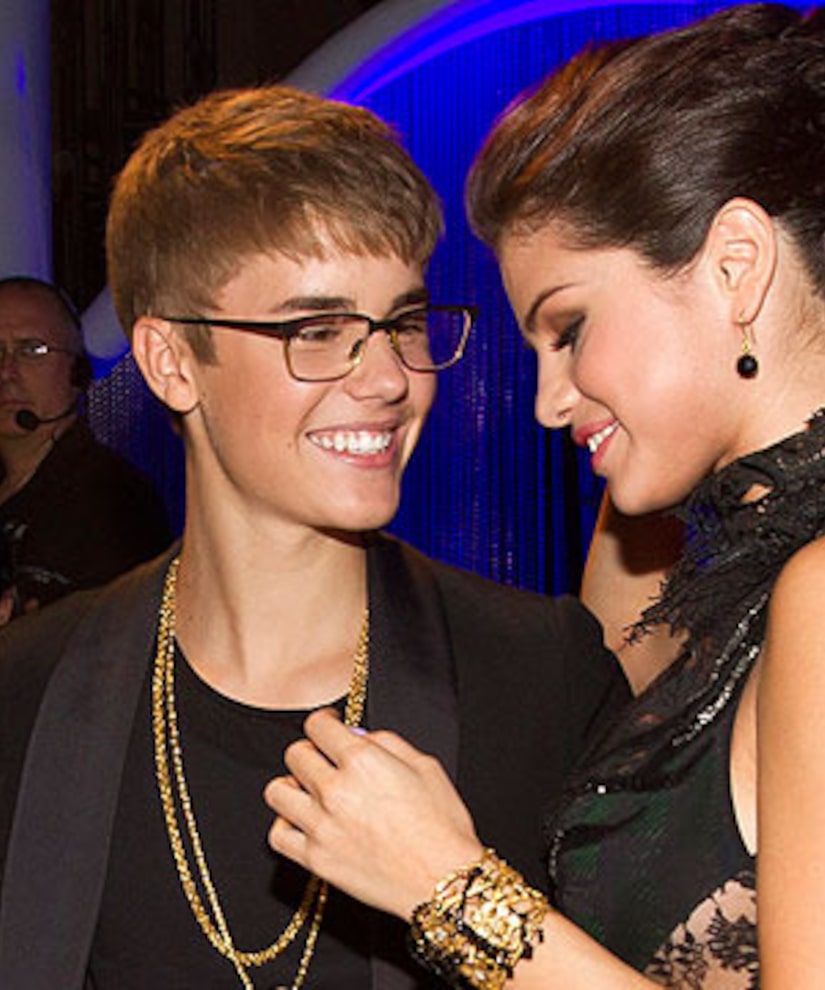 Although several sources say Justin Bieber and Selena Gomez have split, Bieber wouldn't confirm or deny anything when he called into a radio show on Saturday.

"I don't know what to say," he said in an interview with Open House Party. "I don't know what's going on in my life. To even assess that... it doesn't make sense 'cause I have not made any comment."

Listen to the clip.

Bieber insiders told TMZ the singer is not seeing anyone else, despite being spotted catching a Broadway performance of “The Lion King” with Victoria's Secret model Barbara Palvin.

They also said Justin believes he and Selena will patch things up, like they have done in the past.

On Saturday night, Bieber took the stage in Boston on his “Believe” Tour and after he played the show he took to Twitter to thank his fans. He wrote, "thank u Boston. focused on the positive. #30MillionBeliebers with me. Im never leaving u because u r always there 4 me. love u. Night." Later on, as messages of support began to stream in, he added, "U guys r funny. #ilovemybeliebers"