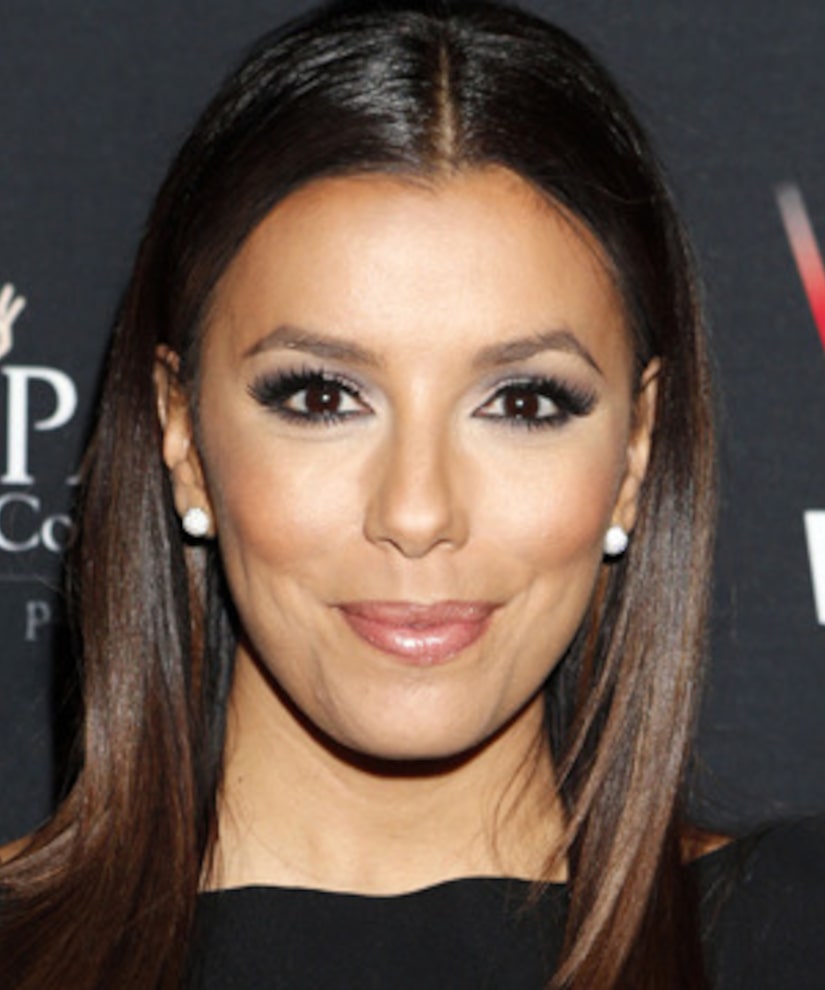 “Desperate Housewives” star Eva Longoria crisscrossed the country for President Obama for the past four months, and her long campaign helped lead Obama to an overwhelming victory.

“Extra’s” Jerry Penacoli caught up with Eva at Verizon’s Latino Entrepreneur of the Year Awards to discuss her role in the campaign. She told Jerry of election night, “It was awesome."

The actress, who told “Good Morning America” she was “moved to tears” after Obama won the election on Tuesday, took four months off work to push for the President.

“I was really honored to be able to go all over the country – Florida, Nevada and Colorado and talk to Americans about what’s important to them.”

Reports indicate that seven out of ten Latino Americans voted for the President, and "Extra" thinks the “Eva Effect” had a little something to do with it. For her tireless efforts, Jerry dubbed Longoria “Obama’s secret weapon.”

“This is why Obama won, because I had my good luck blue nails,” she said with a laugh.

Would the “Desperate Housewives” star ever run for office herself? She told Penacoli, “No, not officially. I think the power is within the citizen, so I’ll continue to help citizens and make sure everyone’s voice is heard.”