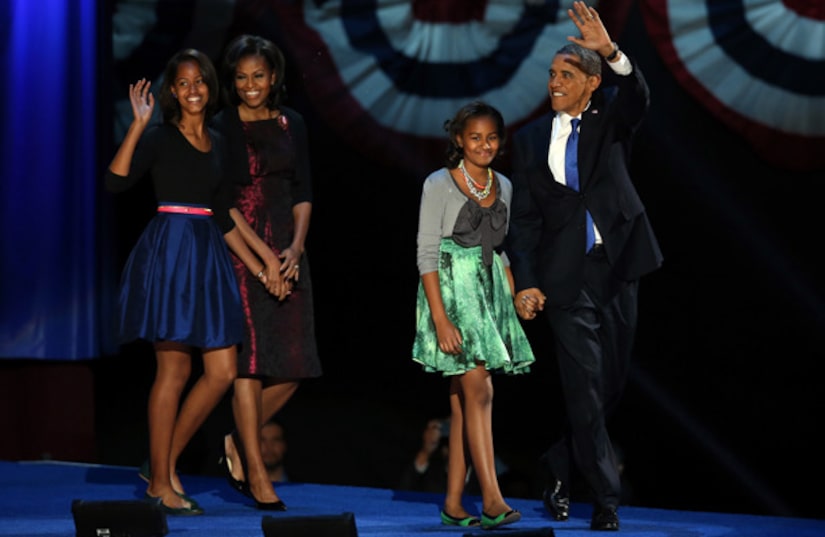 Fashion plate Michelle Obama proved that when you find a great dress you don't let it go. The First Lady celebrated President Barack Obama's re-election victory in a Michael Kors dress she has worn twice before!

She previously wore the gown, described by Kors as a “magenta silk chine pintucked dress,” to a Medal of Honor ceremony in Washington on Nov. 16, 2010 and a White House holiday party in 2009.

Mrs. Obama has changed the look slightly each time with different accessories; Tuesday night she chose a black cardigan and House of Lavande vintage brooch.

A source told People that she chose the dress because “she was so busy with the campaign and their kids that she had no time to think about an outfit and decided at the last minute.”