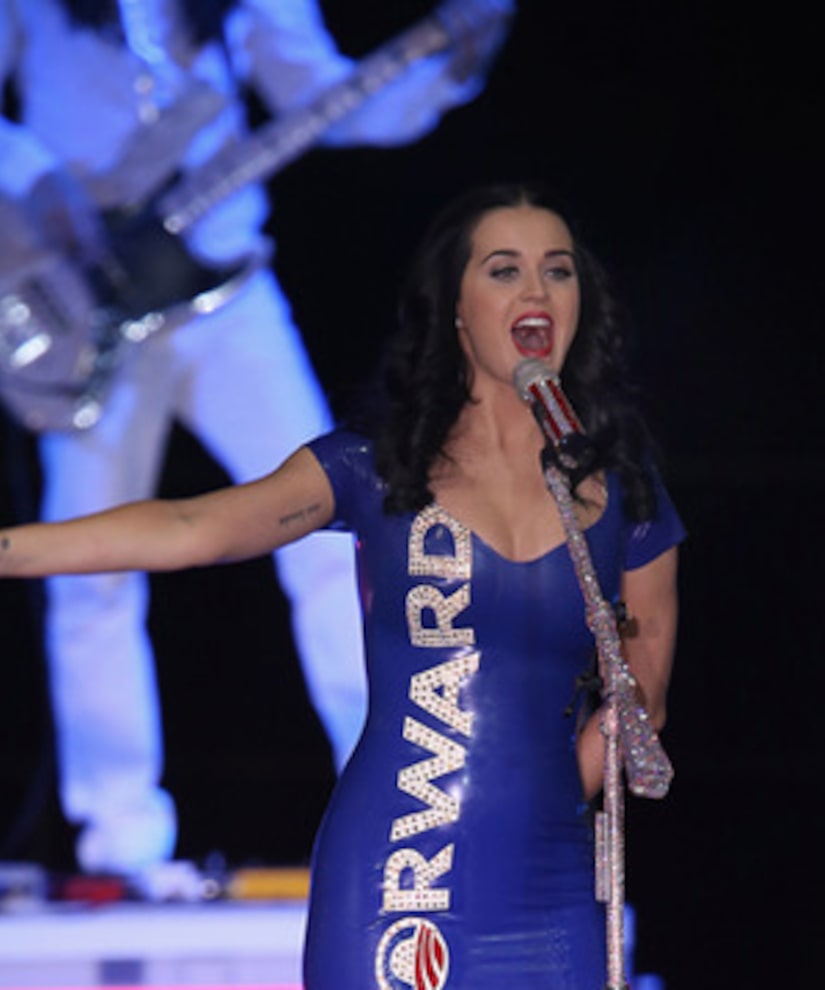 Nothing conveys the democratic process quite like Katy Perry in a skintight rubber mini!

The pop star donned the little blue number with the slogan “Forward” at a rally for President Barack Obama in Milwaukee. Even Pres. Obama gave the ensemble his stamp of approval, telling Katy he “liked it a lot.”

“Extra’s” Renee Bargh caught up with Perry on Monday. “I’ve always said I’m a sucker for a theme, so if you give me the President as the theme I make these crazy dresses,” said the pop goddess, adding, “I’m just excited to be able to exercise my civic duty.”

Katy, who also introduced Obama to her 91-year-old grandmother at the event, got props from the President. “I am grateful to her,” he told the crowd, for “working so hard these past few weeks.” 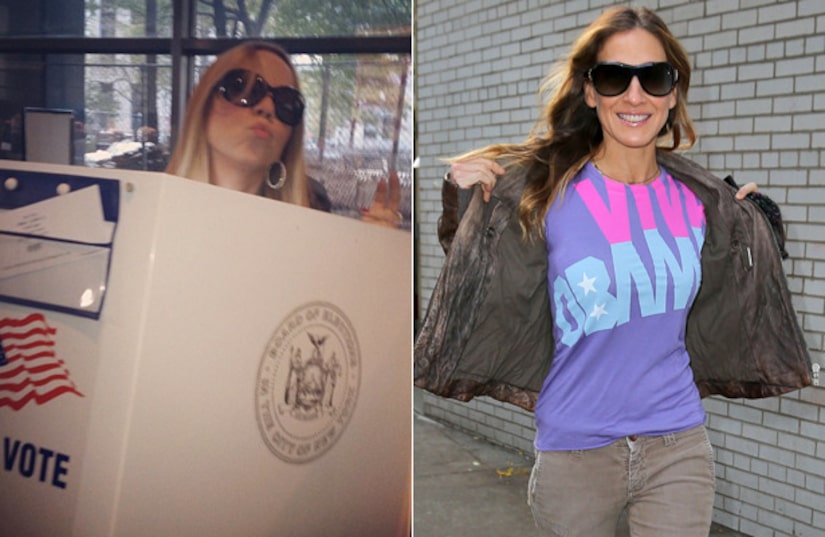 Perry isn’t the only one getting out the vote. Mariah Carey posted a photo on Instagram showing her at the polls, while Sarah Jessica Parker was spotted in an Obama t-shirt in NYC and Jay-Z stirred up a little controversy with his new remix called “99 Problems and Mitt Ain’t One.” 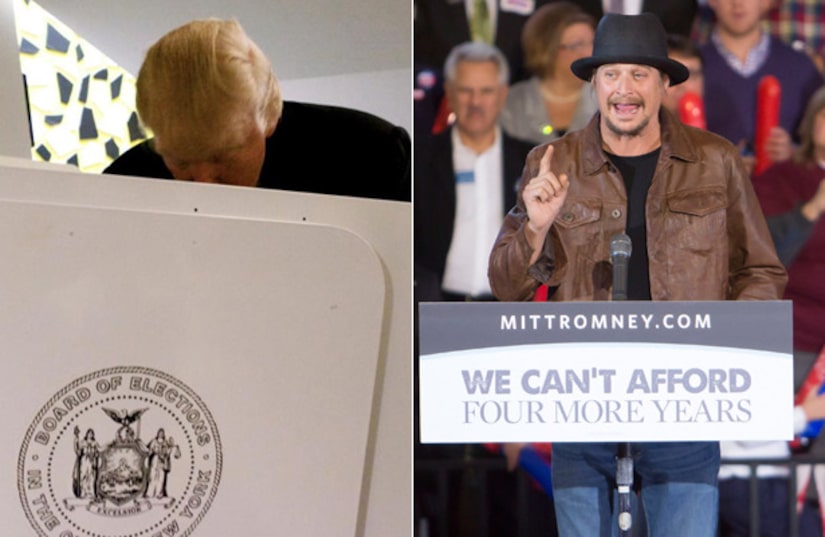 ​Exercise your right to vote! Find your polling place below.