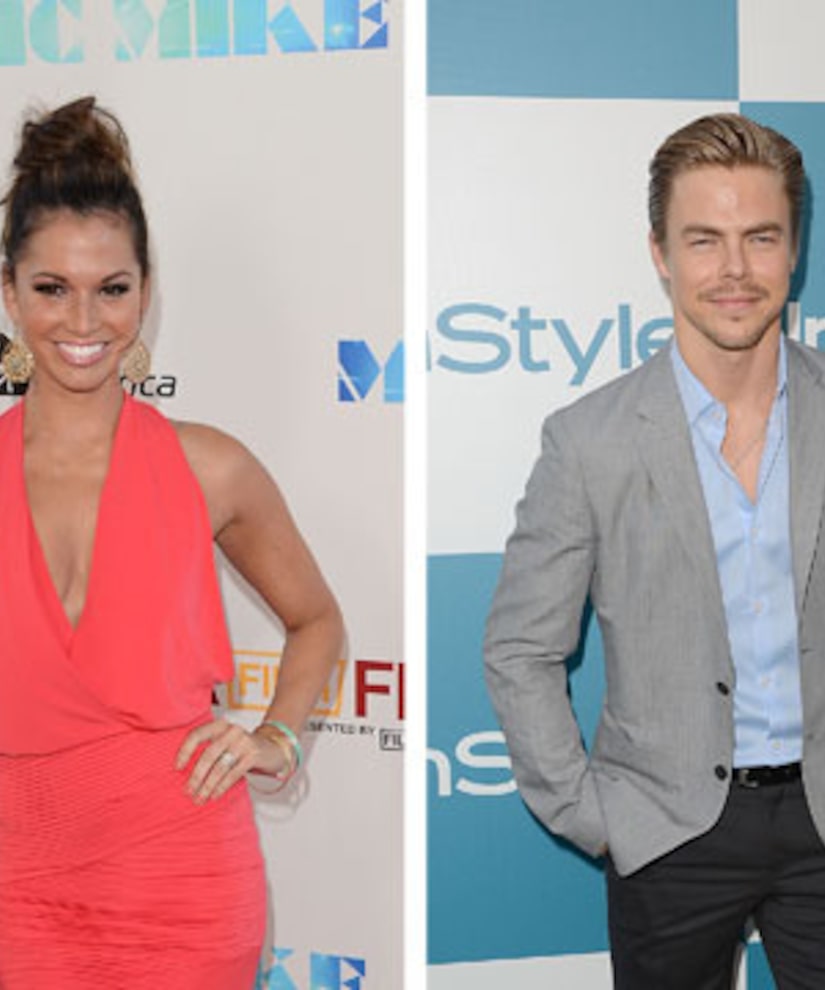 Week seven of "Dancing with the Stars" brought a fusion of dances to the ballroom. Each team was challenged to combine two forms of dance, including the Rumba, Foxtrot, Samba, Cha Cha, Tango, Quickstep and Paso Doble.

Although pro Derek Hough was out with a neck injury, partner Shawn Johnson landed at the top of the leader board this week. Shawn's original partner, Mark Ballas, stepped in and they went on to score a 30 out of 30 for their Tango, turned Paso Doble.

Hough told "Extra" he was ready to get back into the competition and start practicing for week eight. "Today's the first day I actually feel like I can get back in it."

In other "Dancing" news, actress Kirstie Alley started a storm relief mission with partner Maksim Chmerkovskiy. Kirstie called on her Twitter followers across the country to donate supplies too those "freezing, scared and hungry. We can do this! We always do!"

When Kirstie was asked about her simple Tweet that led to truckloads of donations, she gushed, "I wanted to start crying every time something came. They came with hundreds of blankets, sweaters, thermals."

The night ended on a high note with a Swing marathon that tested the stamina and energy of all the couples. Gymnast Shawn, actress Kelly Monaco and reality star Melissa Rycroft were the last three standing, but it was Rycroft who flipped her way into first place. With the combined scores, Melissa had the highest scores of the evening.

"Dancing with the Stars" continues with a double elimination next Monday and Tuesday on ABC.