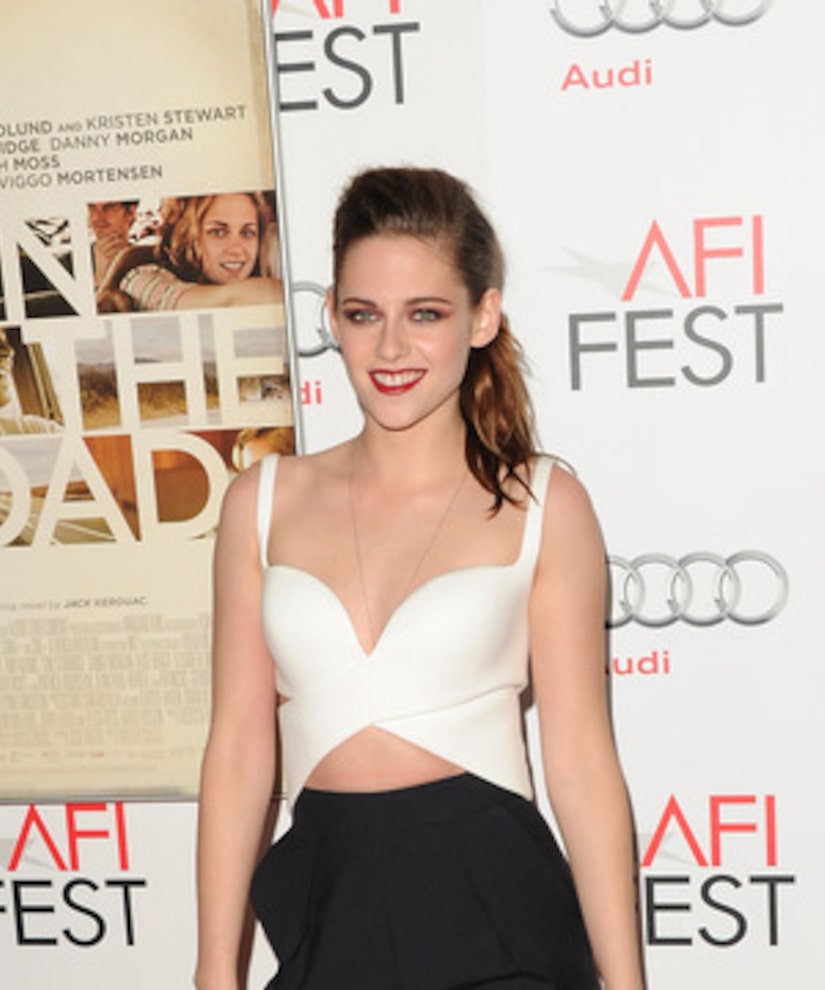 Rumor has it Robert Pattinson snuck into Kristen Stewart’s “On the Road” AFI premiere on Saturday night. Although she walked the red carpet solo, sources say he was waiting for her inside.

“Nobody knew he was there… he did not want to distract from her night,” a source told the New York Post.

RPatz and KStew, who recently reconciled after she admitted to cheating with director Rupert Sanders, were spotted at the after party, but kept a professional distance.

An eyewitness told HollywoodLife, “Even when they weren’t next to each other, they kept looking at one another. They seemed really at ease in public, like everything was out in the open.”

The source added, “I have seen them together in the past, like way before the whole cheating scandal, and they were never this affectionate with each other. They look happier now than ever before.”

On the red carpet, Stewart told “Extra’s” Ben Lyons that promoting “On the Road” was a welcome distraction from her “Twilight” duties. “It's been pretty heavy... heavy ‘Twilight’ lately, but that's okay.”

Kristen explained, “Being introduced to characters within ‘On the Road’ sort of made me go, ‘Wow, I need to find people in my own life that make me feel that way.’”

Ben also wanted to know if Kristen is eying the new movie, "Focus," with Ben Affleck, but the actress wouldn’t say, “I'm not allowed to talk about that yet.”