With only a day to go before the election, Hollywood continues supporting their candidates.

In a new video for Actually.org, Kathy Griffin and Cher urged voters to stop GOP candidate Mitt Romney before he sends women's rights into the dark ages.

Katy Perry performed at a rally for President Barack Obama in Milwaukee over the weekend, wearing a skin-tight dress with the slogan “Forward” emblazoned on the front.

In a Hollywood Reporter poll, a large number of voters under the age of 35 found Perry a credible political spokesperson and influenced them to vote for Obama. 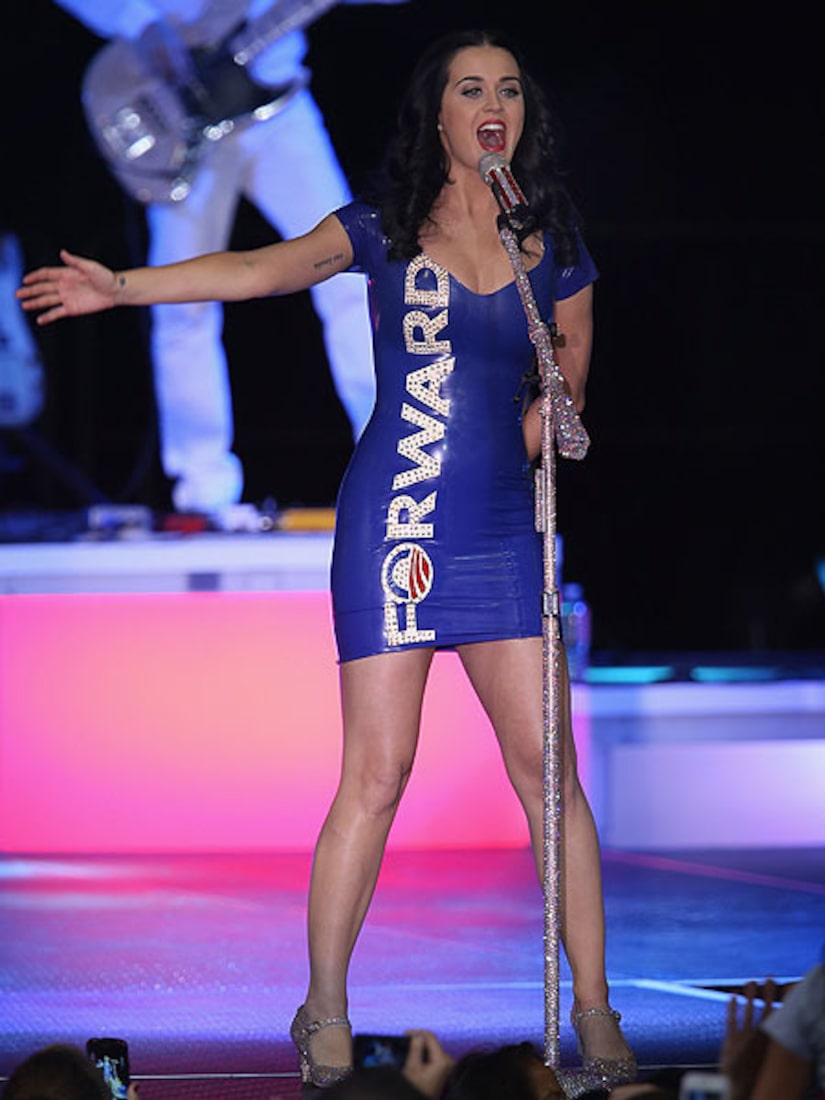 Meanwhile, Kid Rock was in Ohio last Friday, performing at a rally for Romney. Take a look!