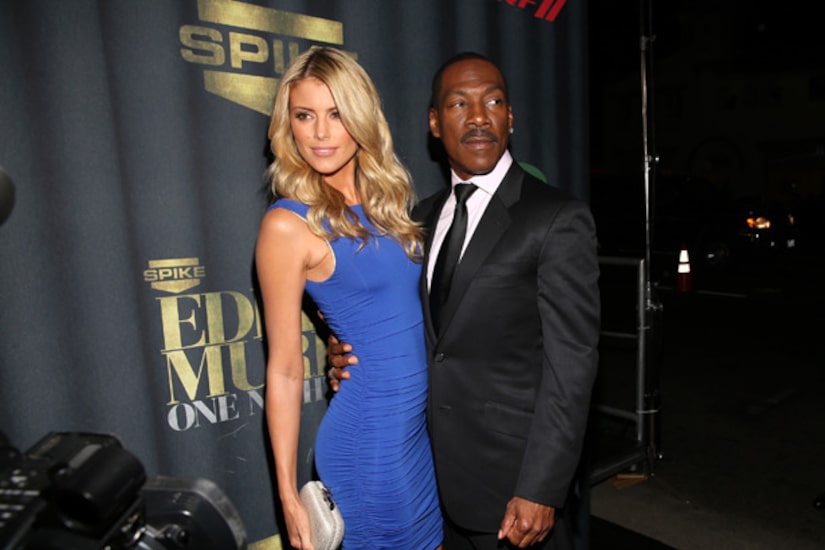 The “Tower Heist” star was the man of the hour on Saturday night at a star-studded Spike TV tribute, “Eddie Murphy: One Night Only,” honoring his life’s work. Chris Rock, Tracy Morgan and other top talent made up the crowd.

“That's when you get these sort of things -- when you're retired,” he told "Extra's" Terri Seymour. “You come out, retired old guy comes out -- I remember the old movies and the old days and the old times. That's what this is!”

Of course, he’s not really retired. Murphy, who attended the Spike TV event with stunning Australian model Paige Butcher, is taking one of his best known film roles and turning it into a television show.

“I'm producing ‘Beverly Hills Cop’ for CBS,” he told us. “Axl Foley's son is going to be in Beverly Hills kicking up stuff.”

Before the big event, Eddie took a trip down memory lane with Seymour on the red carpet, confessing that despite all his success, he still has some regrets.

It turns out he was offered “Ghostbusters” back in the 1980s and feels “like an idiot” for saying no. What else did he turn down? The veteran actor passed on “Who Framed Roger Rabbit?” and “Rush Hour” too! “I'm going to start crying if I keep this going!” he said.

Spike TV will air the tribute special on Nov. 14.