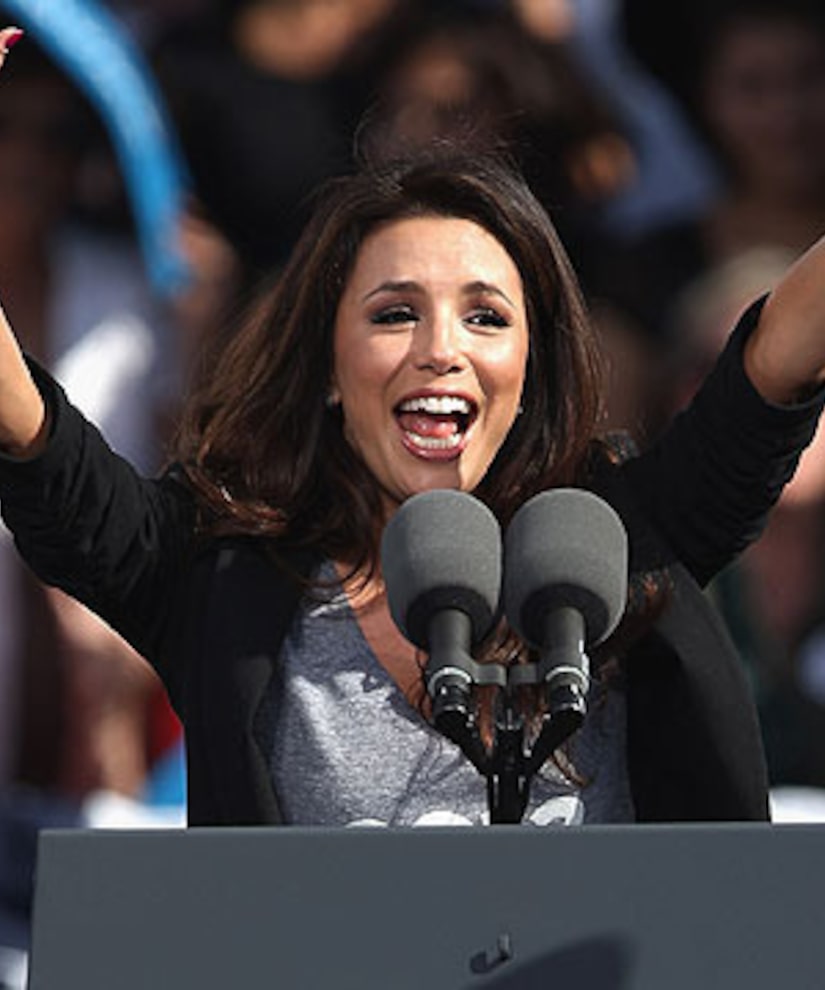 As we enter the home stretch of the 2012 presidential campaign, Eva Longoria is hard at work as Co-Chair of President Barack Obama’s re-election campaign -- and she’s enjoying every minute of it.

“Being a co-chair is this… being in a tent, being in a rally, phone banks. It’s not very glamorous. It's a civic duty that I really enjoy,” Longoria told “Extra' while campaigning in Nevada.

The “Desperate Housewives” actress said she is not lobbying for a spot in President Obama’s cabinet, but joked, “I'm going to be Ambassador to Costa Rica, so I can go drink piña coladas! No, I'm kidding!”

As far what the final five days of the election are for Eva, she said, “They are absolute madness, we are actually in the mode of voter turnout.”