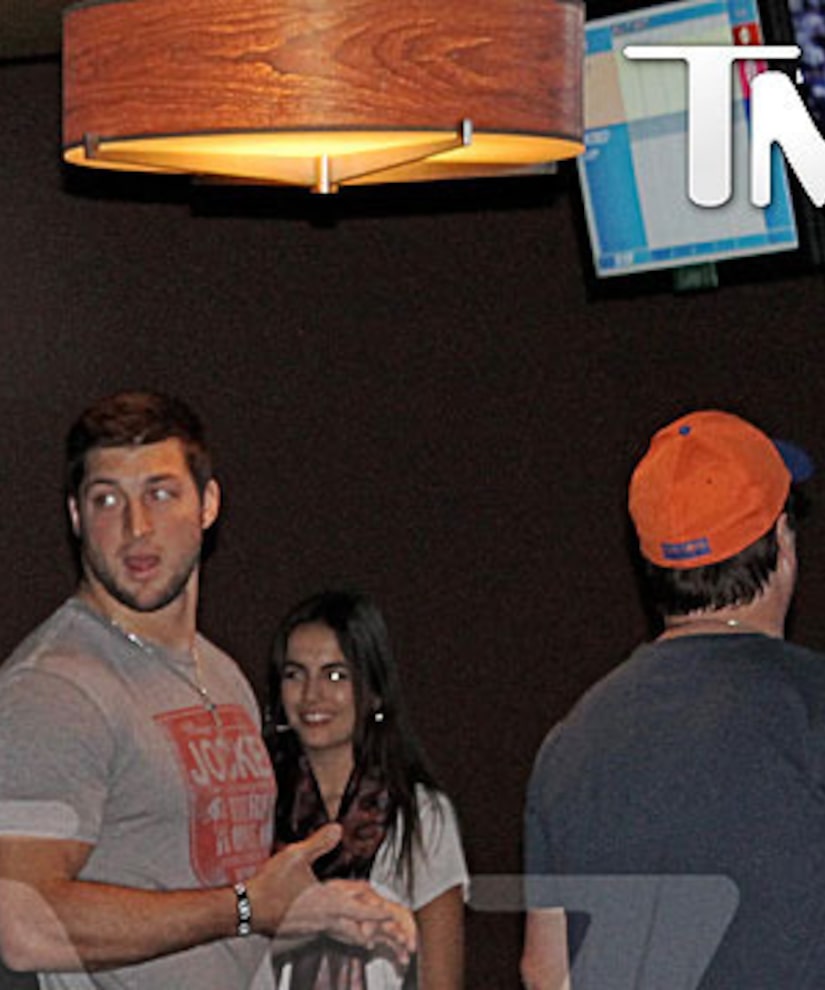 TMZ says the famous virgin and Belle, best known for starring in the “When a Stranger Calls” remake, showed up at Latitude 30 in Jacksonville, Florida Tuesday night, where they bowled and partied.

Although there's been no official dating word from either camp, sources close to Camilla told TMZ they are definitely an item.

Tebow talked with “Extra” special correspondent Michael Yo earlier this year about dating. “I just try to surround myself with people I love and care about. People that are like-minded and want to have a good time."

In the past, Tebow has been linked with Olympic skier Lindsay Vonn and Taylor Swift, while Belle dated Joe Jonas and British actor Tom Sturridge.