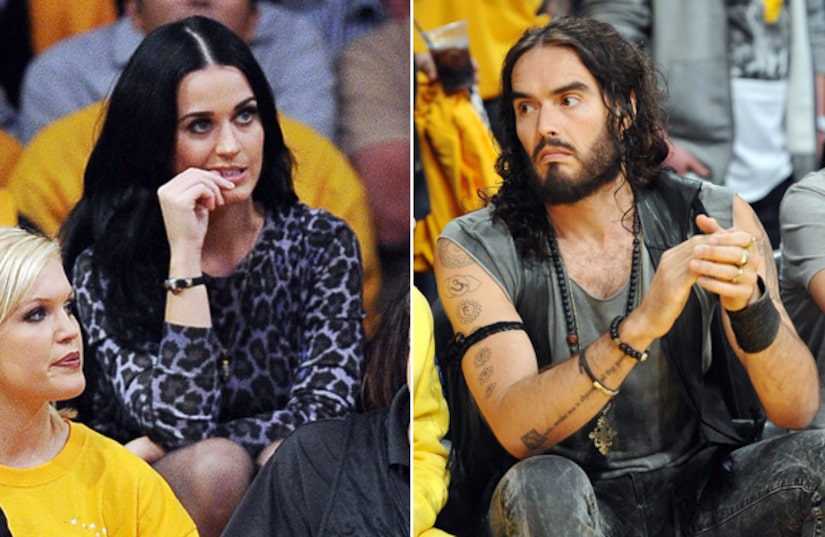 Katy Perry and Russell Brand haven't been seen together in public since their divorce earlier this year, but on Tuesday night they were both spotted at the L.A. Lakers season opener. Talk about awkward!

Perry, 28, attended the home game against the Dallas Mavericks with dad Keith, while Brand, 37, sat on the opposite side of the court with two young boys and was later photographed talking with David Beckham.

Eyewitnesses told E! News that there was no indication of an actual run-in for the exes at the Staples Center game, but they were likely aware of each other's presence.