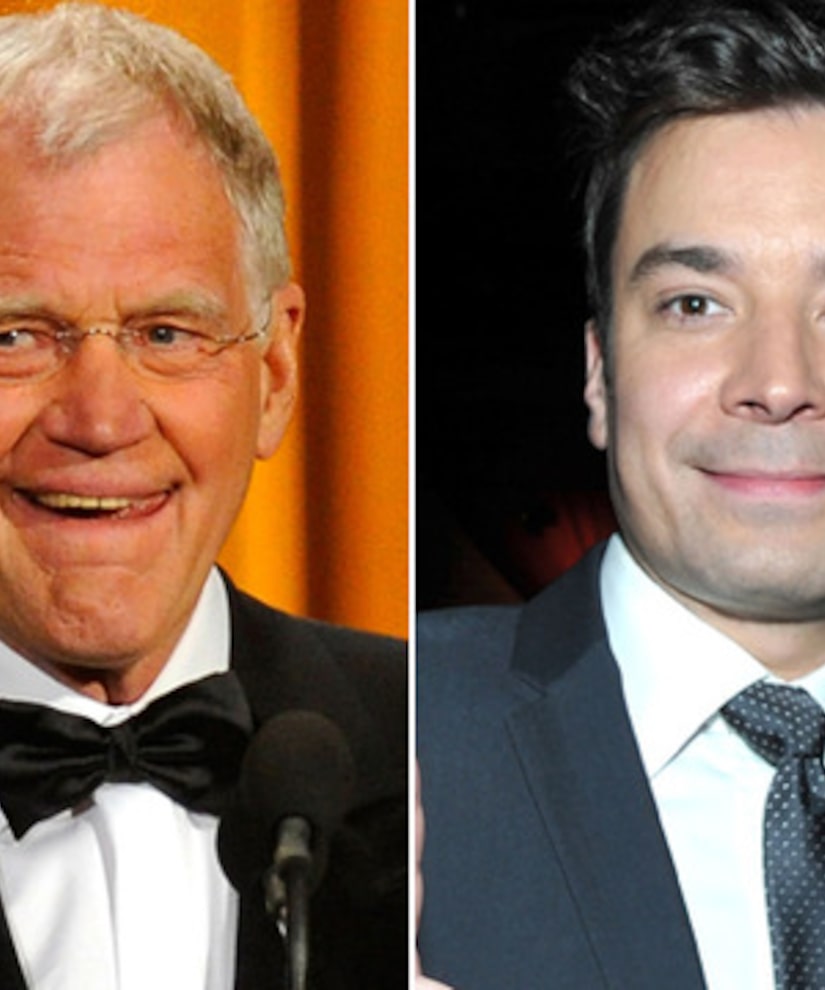 Late-night hosts David Letterman and Jimmy Fallon were on their own Monday, taping in front of nonexistent studio audiences. With New York on lockdown because of Hurricane Sandy, the two comedians had to go it alone with just their musicians, guests and skeletal crews.

Letterman kicked things off by referring to the theater as the “Ed Sullivan Shelter” and offered up the Top 10 Rejected Names for the Storm: Al Frankenstorm, Trumpical Storm, Wetzilla, iPaddle and Oprah Windy. He halfheartedly delivered monologue jokes while seated at his desk.

Later, “Flight” star Denzel Washington joined him onstage in full rain gear saying, "Only for you, Dave… I swam."

Hours before the megastorm hit, Fallon stepped outside 30 Rockefeller Center to tape his opening. "I'm hoping, if you're watching, you are at home, you're safe, you're warm... but we're here," he said.

Fallon, who was later joined inside by Seth Meyers, Padma Lakshmi, Robert Zemeckis and Imagine Dragons, joked, "Theater owners had to cancel all Broadway shows today. Many performers were having trouble making it into the city. You could tell by that one show, Blue Man Guy."

Jimmy Kimmel, who was scheduled to be taping in Brooklyn this week, was forced to cancel his show on Monday. "Though it pains us to do it, JKLfrom #Brooklyn tonight is cancelled," Kimmel tweeted. "I'm disappointed too, but we want you to be safe."

The superstorm made landfall in New Jersey on Monday night, leaving a trail of destruction in its wake. The billions in damages include power outages, a crippled subway system, submerged streets and flooded homes, reports Reuters.