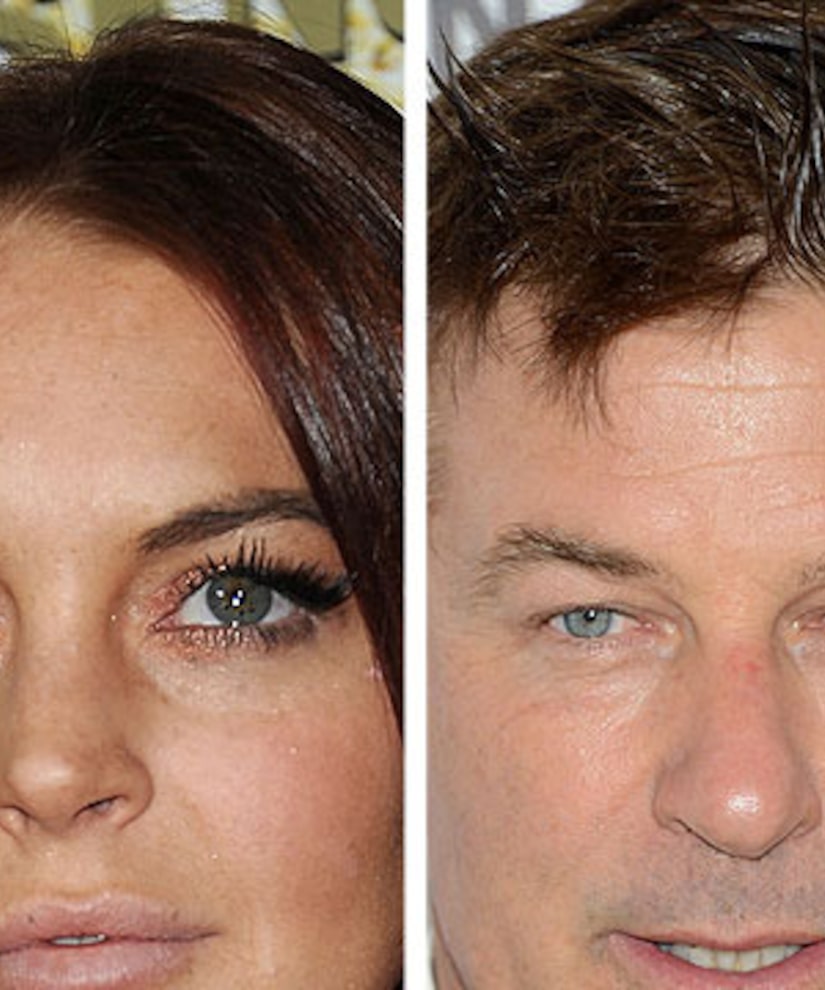 As Hurricane Sandy roars its way into the Northeast, Hollywood A-listers such as Lindsay Lohan and Alec Baldwin took to their Twitter accounts to express their concern.

Lindsay Lohan: “WHY is everyone in SUCH a panic about hurricane (i'm calling it Sally)..? Stop projecting negativity! Think positive and pray for peace”

Bethenny Frankel: “I'm nervous. People say sandy is worse than Irene. We're on the water in the hamptons & near it in the city. Both will be evacuated”

Ryan Seacrest: “Woke up to an earthquake in LA, now going to bed to a hurricane in NYC...”

Jerry Seinfeld: “Mayor Bloomberg going with zip up neck sweater to fight Sandy. Shows preparedness. Windy: zip it up Storm over: back down”

Jimmy Fallon: “East coasters stay safe – watch the news and look for updates. #Sandy We will be doing a new show tomorrow night no matter what. #LateNight”

Jimmy Kimmel: “starting to get windy here in #Brooklyn. . . I hope our shows don't fly away”

Kirstie Alley: “hello Maine . . . Is the storm hitting around Camden Maine?? thank you”

Kim Kardashian: “Back in Miami now. Missed the storm. I'm praying for everyone on the East Coast. I hope everyone is safe!”

Lena Dunham: “My dad re: the hurricane: 'I have tons of cash and a salad'”

Olivia Wilde: “Were there this many hurricanes before Twitter? #justsayin”

Vinny Guadagnino: “I heard someone say it best: we made it through #9/11 we can make it through anything . #NewYork #SANDY”