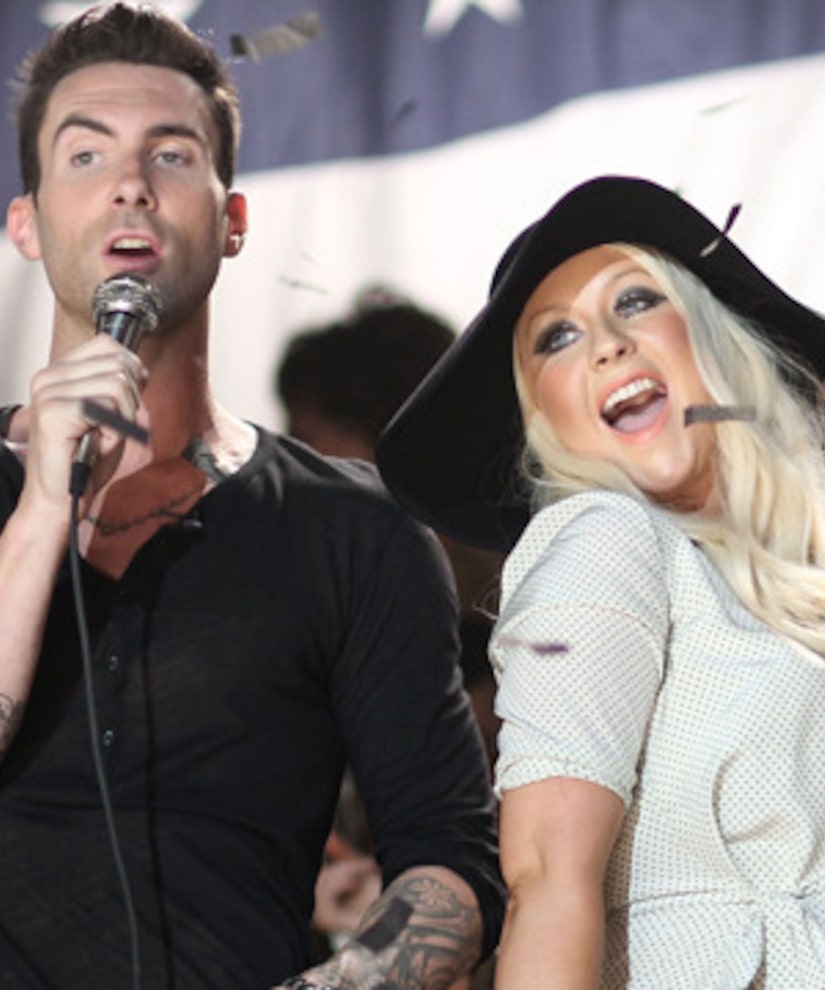 Singer Christina Aguilera's fluctuating weight has been in the spotlight and now Maroon 5's Adam Levine is slamming the haters for criticizing the star.

At a Q&A in NYC on Friday, Levine told reporters, "People shouldn't say those kinds of things because, f**k you. It's like, come on guys, grow up.”

He added, "The one thing about the culture right now -- celebrity culture particularly -- that is so ugly is [that] people feel like they can just say nasty things about other people… she gets a lot of it. It pisses me off. Of course I have her back, of course I defend her."

The duo, who sing together on “Moves Like Jagger,” are known for their constant fighting on “The Voice,” but in reality they are only bickering like “brother and sister.” He explained, “We're all good, Christina and I."