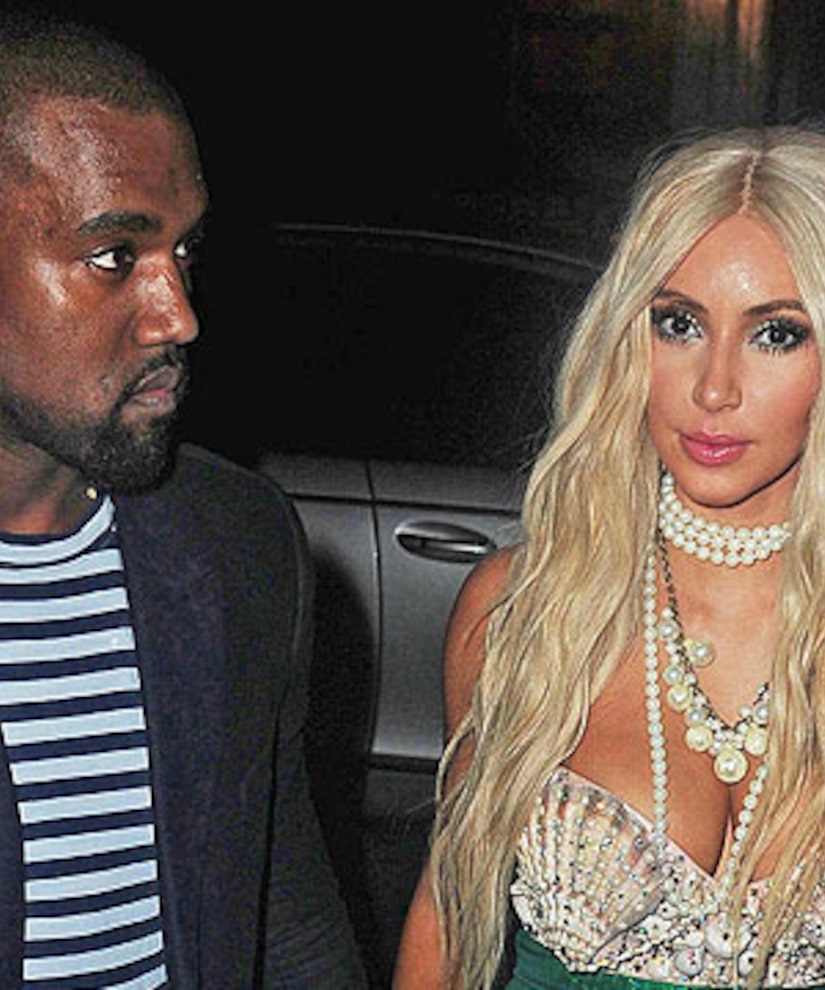 Kim Kardashian and beau Kanye West celebrated Halloween in NYC on Saturday before Hurricane Sandy is expected to roar into the Big Apple.

Hosting the 2nd Annual Midori Green Halloween at Avenue, Kim K dressed as a “Splash”-like mermaid, including a blonde wig valued at more than $2,000, says People.com, while West played her captain.

"Even though the group was lively throughout the evening – posing for pictures, dancing, ordering bottles of Midori – Kanye stole a couple of sweet moments with Kim," a source told People.

The insider added, "They kissed a few times and he was rubbing her back. At one point, she whispered something in his ear and his face lit up."