While on the campaign trail, President Barack Obama made a stop at “The Tonight Show” on Wednesday before jetting to Las Vegas to rally voters with Katy Perry.

Late-night host Jay Leno asked what the President thought of Donald Trump's challenge to reveal certain records in exchange for a $5 million donation to the charity of the president's choice.

"This all dates back to when we were growing up in Kenya,” said Obama, drawing laughs from Leno and the audience. “We had constant run-ins on the soccer field, he wasn't very good and resented it. When we finally moved to America, I thought it would be over." Trump's challenge has also caused some backlash, including a lecture from Barbara Walters, but The Donald tweeted back to her "you just don't get it."

From L.A., Obama headed to Las Vegas to meet up with Katy Perry. The singer, dressed as a white latex ballot, rallied a crowd of 13,000 Nevada residents. Her message: Get out and vote! 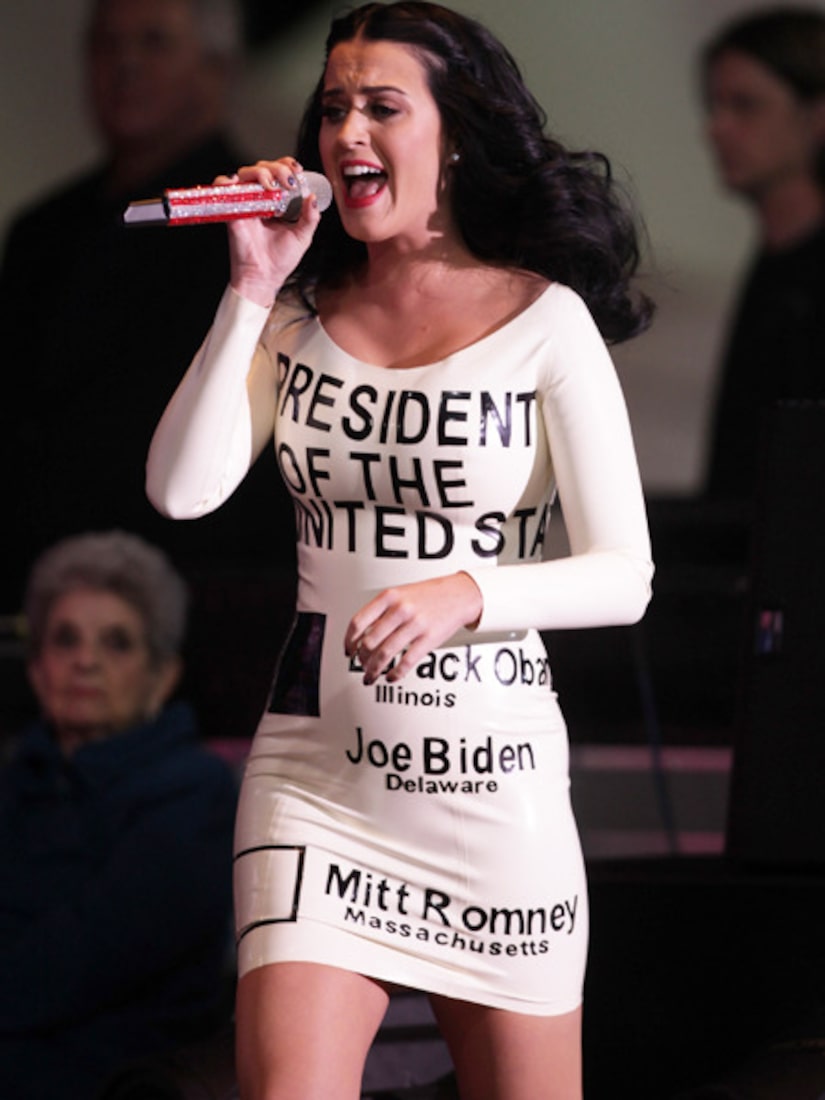 After Perry's concert, the President told the crowd that Katy's grandmother had stolen a kiss backstage and joked, “We are pulling an all-nighter. No sleep. And if you're not gonna sleep, you might as well be in Vegas.”

Before leaving town, he stopped by the Bellagio Hotel for a meet and greet with the employees. According to ABC News, he told the workers, “Everyone here knows what it means to work hard. You're what makes Las Vegas run. You're what makes the strip run. I need you guys to go out and vote now. Don't wait to vote,” Obama added. “You gotta go cash in your chips now.”

As the President continues his 48-hour, 4,500-mile campaign swing through eight states, he's facing a bit of controversy over calling Gov. Mitt Romney a "bulls**tter" in a new Rolling Stone article by historian Douglas Brinkley.

In an excerpt, published by Politico," Brinkley writes, "As we left the Oval Office, executive editor Eric Bates told Obama that he had asked his 6-year-old if there was anything she wanted him to say to the president. ... [S]he said, 'Tell him: You can do it.' Obama grinned," Brinkley wrote, according to Politico. "'You know, kids have good instincts,' Obama offered. 'They look at the other guy and say, 'Well, that's a bulls**tter, I can tell.'"