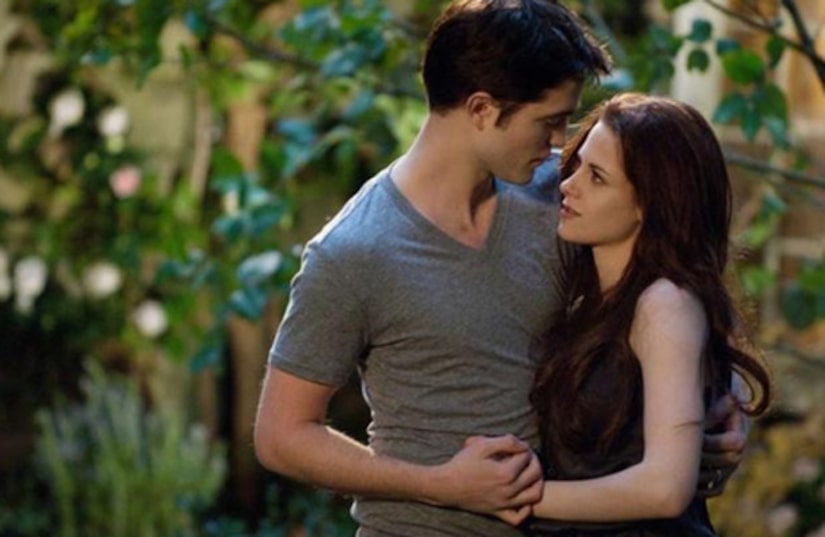 “Twilight” co-stars and real life lovebirds Rob Pattinson and Kristen Stewart have some “pretty ridiculous” sex in the new “Breaking Dawn 2” movie. In fact, the actors were aiming for the “greatest vampire sex” ever, according to Rob.

The actor opened up to “The Kyle & Jackie O Show” in Sydney about the challenges of immortal lovemaking.

"The sex scene in this one is pretty ridiculous," he admitted. "It's just because you're kind of shooting stuff to be PG-13, and so it's just trying to think of inventive ways to try to make something sexy."

The intimate moments between the newlyweds couldn't be mundane. "It's supposed to be about, like, the greatest vampire sex you've ever had. So a lot of it was just close-ups on me and Kristen's faces, but there was no one else there."

Shooting much of the scene alone with just a camera guy proved difficult as he tried to put on his game face. "You literally try and give a face of ecstasy... guys' faces, I don't think, are really designed to do that… the cameraman was laughing as well."

Despite a recent reconciliation, RPatz and Kstew have been separately promoting the film. While Rob has been stumping in Sydney, Kristen has been meeting with press in Tokyo.