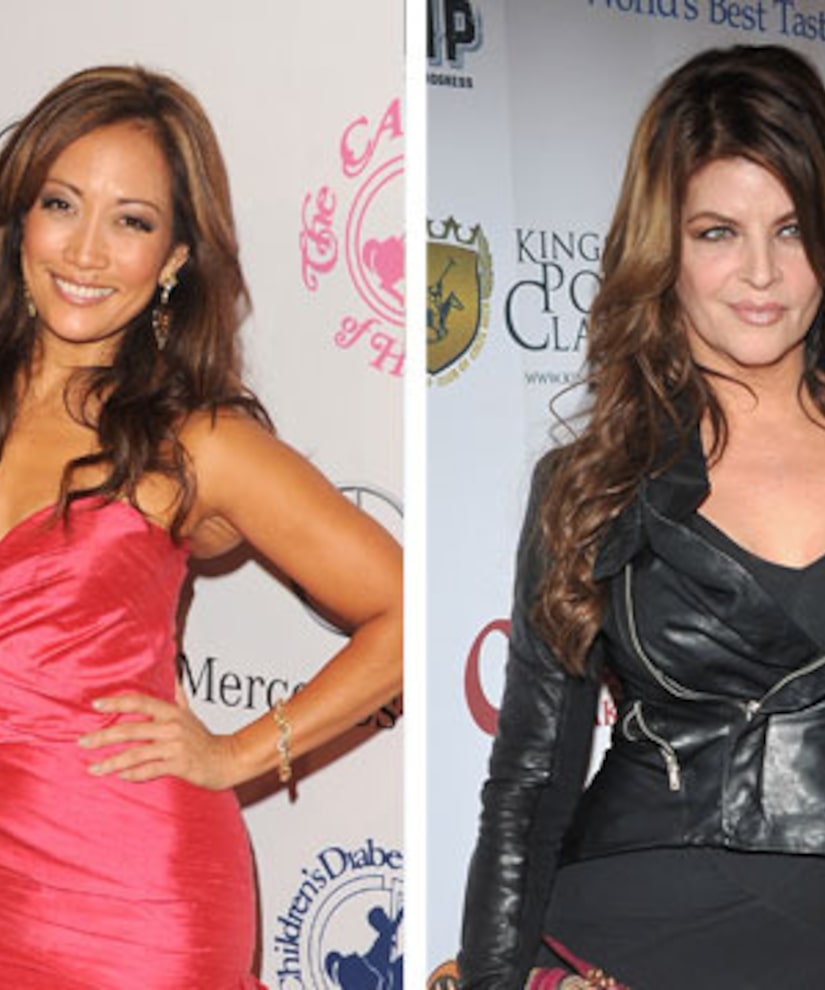 The competition was so hot Monday night on "Dancing with the Stars" it literally knocked judge Carrie Ann Inaba right out of her seat!

After actor Gilles Marini and partner Peta Murtgatroyd performed a racy routine to Whitney Houston's "I Will Always Love You," Carrie Ann shrieked, "Let the baby-making begin" as she fell sideways in her chair and onto the floor. Watch the fall here.

Peta told "Extra's" Renee backstage about not being able to control her laughter after Carrie went down. "I was [standing] like that for 5 minutes!"

Actress Kirstie Alley was having a rough week, expressing to Renee after the show that she "wants to do better."

She continued, "I sort of hit a wall. You know I was trying to get better, and I wasn't getting better. I was freaked out mostly."

The fight for the mirror ball trophy continues Monday and Tuesday nights on ABC.