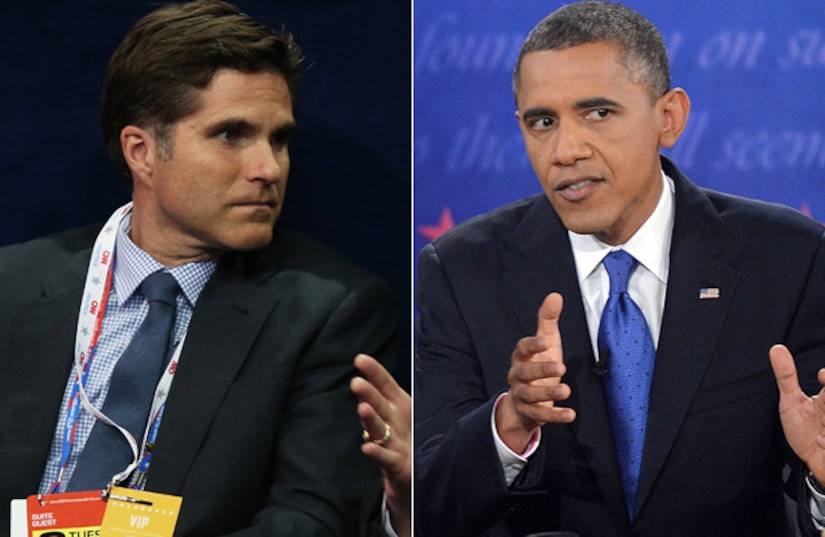 Tagg recently told WPTF radio that he wanted to take a swing at the President for calling his dad a liar. Monday night he crossed paths with Obama onstage at the debate.

“Tagg gets his upper hand on the president's lower back, but did you see what happened… the president leans back… you might try to one-up the President of the United States of America, [but] it wasn't happening last night.”

She added, “What happens a second later is that he pulls up his pants and does this wide broadside display like a cowboy… [as if to say] ‘I took care of that dad.’”

Find out what signals Driver detected in the debate!

Check out Janine's body language books, "You Say More Than You Think" and "You Can't Lie to Me," and watch her Political Liars video below!