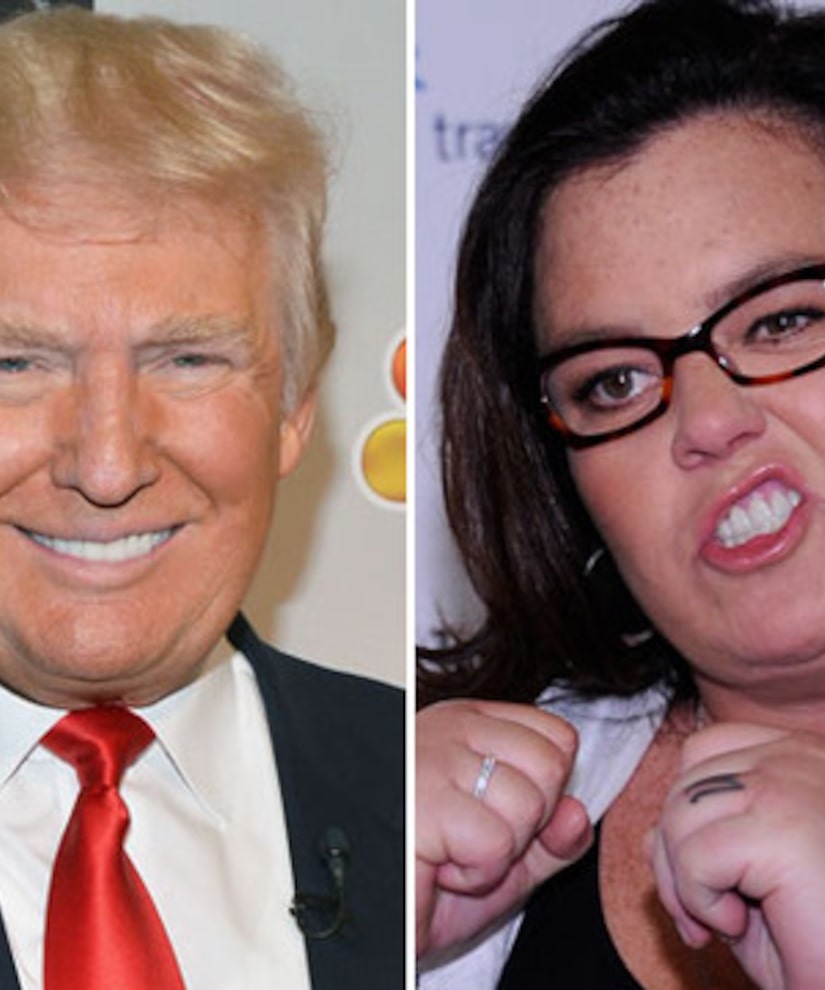 Are Donald Trump and frenemy Rosie O'Donnell finally burying the hatchet? Trump has been sending Rosie some sweet tweets.

He messaged the star, “How is your recovery going? I hope you are doing well so we can start fighting again soon.”

How did the comedienne reply? “Not well enough yet Donnie -- I am sure Kristen Stewart is having heart palpitations from ur latest outburst thx4caring.”

The jab was referring to Donald's recent tweet about Kristen Stewart cheating on Robert Pattinson.

“Extra” caught up with Trump in NYC and got his reaction. “I think it's going to be fine. The main thing is she gets better. I want to see her get better.”

He also tweeted, "So many tweets & stories on Stewart/Pattinson. Look, it doesn't matter -- the relationship will never be the same. It is permanently broken."

The Donald's original post said, “Robert Pattinson should not take back Kristen Stewart. She cheated on him like a dog & will do it again — just watch. He can do much better!”