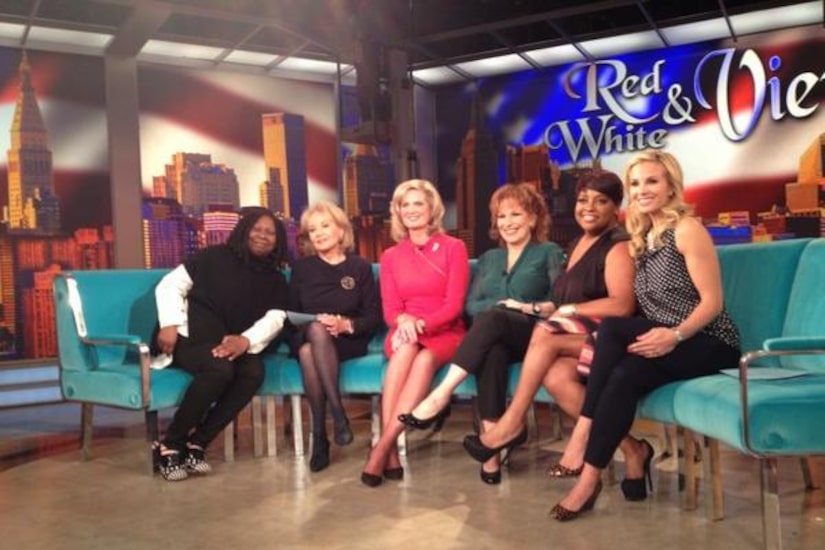 Gov. Mitt Romney's wife, Ann Romney, made a solo appearance on “The View” Thursday morning after her husband backed out due to scheduling conflicts.

Wearing a red dress and gold jewelry, Mrs. Romney fielded questions from the opinionated co-hosts about her views on issues such as pro-choice rights.

“I am pro-life and I'm happy to say that,” said the mother of five when asked by Barbara Walters if her thoughts on the issue changed like those of her husband of 43 years. “When a decision came across his desk to use embryos for experimentation, he could not have, on his conscience, created human life for experimentation.”

Romney added, “The most important thing we can do is have respect for each other in this dialogue. This is a tender, tender issue.”

Co-host Joy Behar then queried about women's access to contraception, prompting Romney to say: “I would love if you could get my husband on the couch, Joy.”

Romney continued, “What I know is I am here to reflect the character of the person I know. Every decision he will make … [will be based on] is this is the best thing for America to go forward? I think I know where his heart is.”