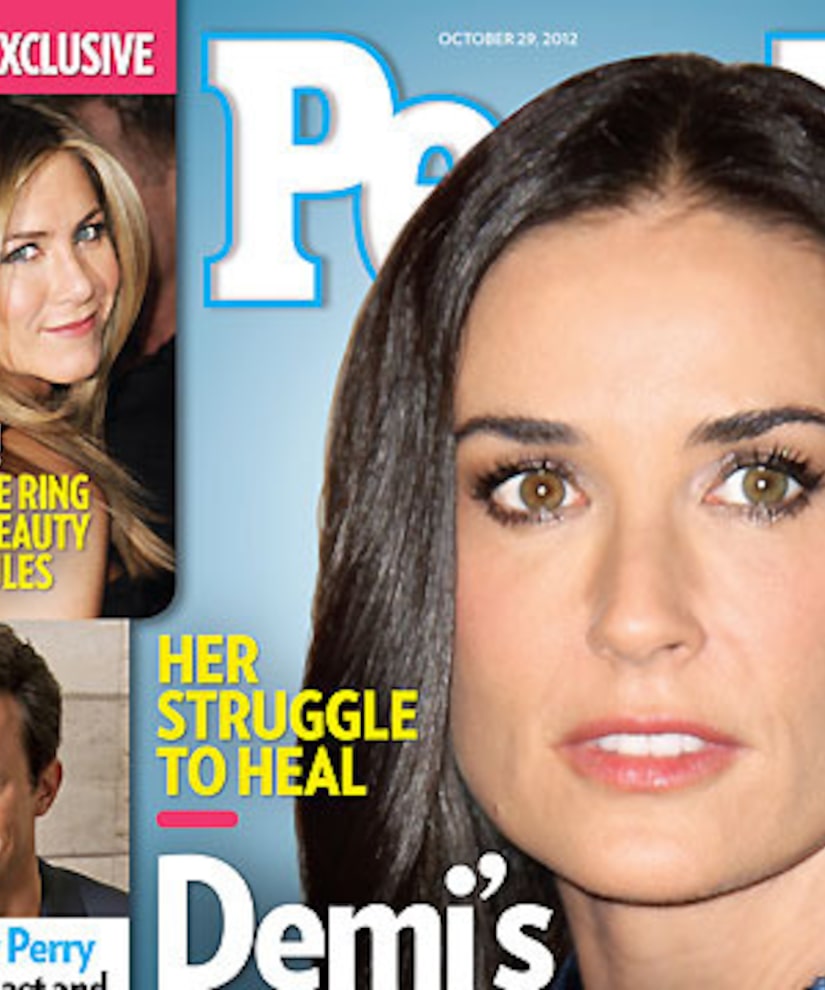 Multiple sources told People.com she is "jealous and frustrated" by Kutcher's relationship with Kunis.

Demi is also still very thin, and some of her friends are worried she isn't completely healed after undergoing treatment in January.

After six years of marriage, Moore and Kutcher separated last November after Kutcher was caught in a cheating scandal. One insider told People this is what bothers Demi the most.

"What was humiliating was having her husband cheat on her in such a public way," the source said. "But once that happened, she has not looked back."

Another source, however, said Moore is doing well. "As hard as it has been, despite the depression of going through a divorce, she came through it."