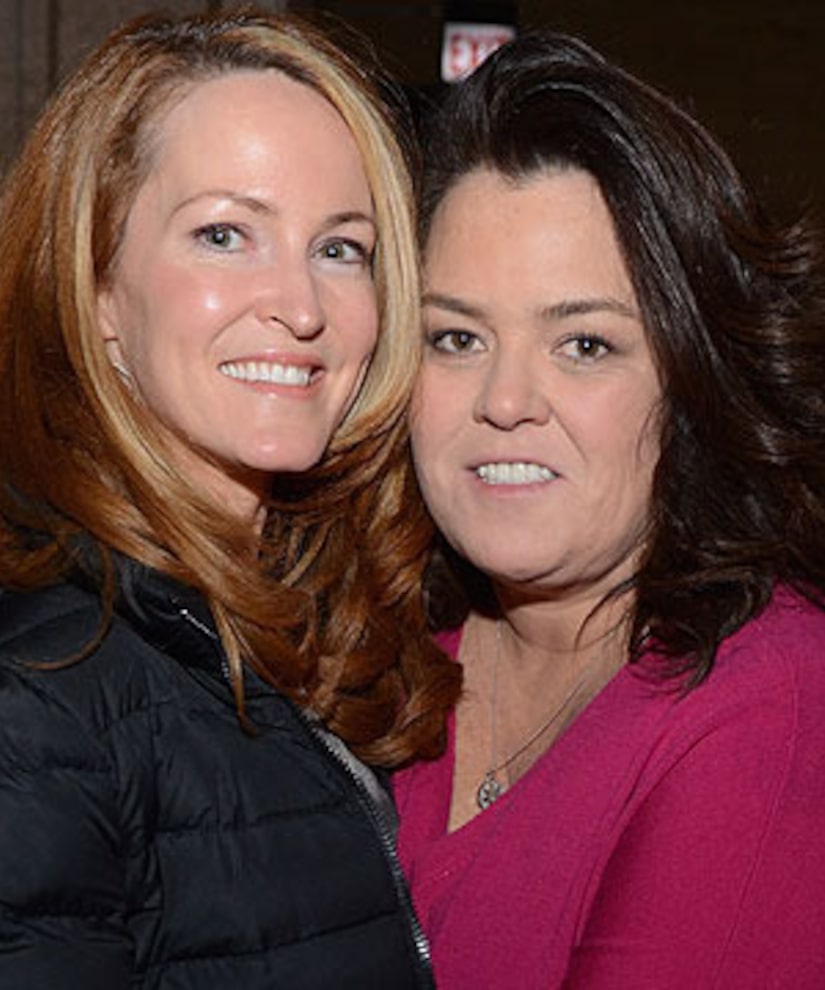 “Extra’s” AJ Calloway caught up with Rosie O’Donnell at the Building Dreams for Kids Gala in NYC and talked with the radio show host about her health scare in August.

Rosie quipped, “Almost dying is a good motivator!” telling Calloway she credits her wife, Michelle Rounds, for saving her life. “Michelle said, ‘Do you think it's a heart attack?’ and she Googled it... then she gave me some aspirin to chew, which was a very good move, the doctor said.”

O’Donnell and Rounds tied the knot in June, but had to postpone their big wedding celebration in August. “We had a big ceremony planned for August 17 and then Michelle had to have some surgery. We asked the doctor if he thought we should put it off, and he said yes. It turned out to be a great thing because on August 17, I was in the hospital, having had a heart attack, so it actually ended up being the right decision.”

The comedian also talked about her Rosie’s Theater Kids program.

“It is a 17-week in school program for the poorest schools in Manhattan. We go in there with the Board of Education and teach kids everything they need to know about theater.”

For more information about the program, go to Rosie.com!