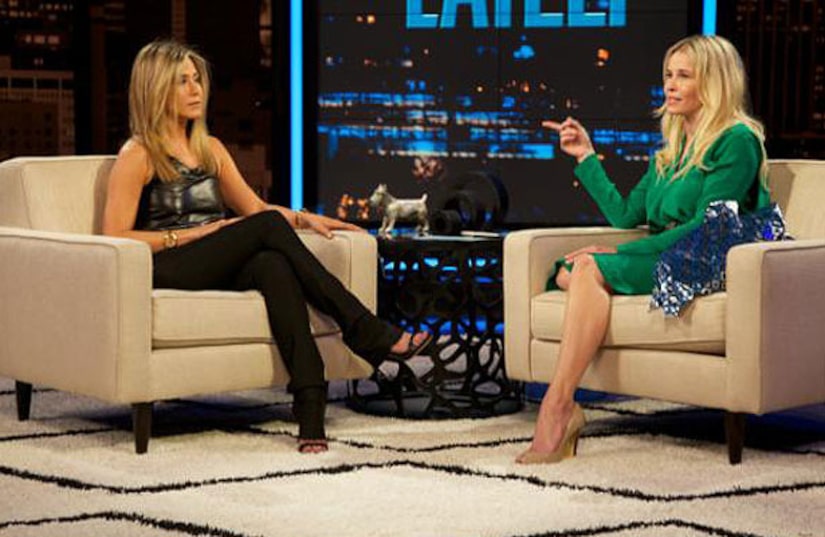 Actress Jennifer Aniston couldn't hide her emotions when talking about fiancé Justin Theroux, who popped the question in August.

In her first interview since the engagement news broke, Aniston became teary-eyed with BFF Chelsea Handler on the season premiere of “Chelsea Lately.”

"I just got verklempt," Aniston said as she wiped the tears from her eyes.

Check out the clip from the interview!

Tune in to the new and improved “Chelsea Lately,” premiering Monday at 11:00 PM on E!