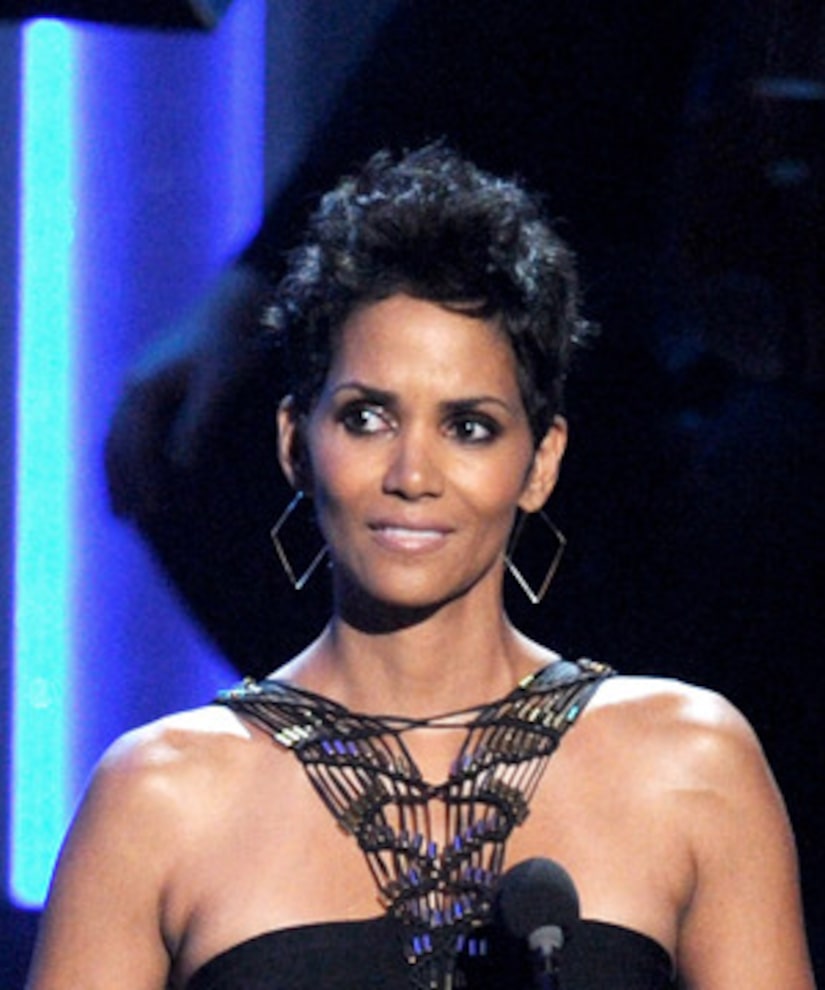 Jerry asked Halle's "Cloud Atlas" co-star Tom Hanks about his relationship to Abraham Lincoln moments before she dropped the bomb.

She added, "In some twisted way… somebody sent me this information that she was my distant…"

Hanks joked, "This is the Cloud Atlas continuum without a doubt I’m telling you the connections that go through! It doesn’t matter who, what race, where, what time."

Hanks is said to be a distant relative of Nancy Hanks, the mother of Abe Lincoln.