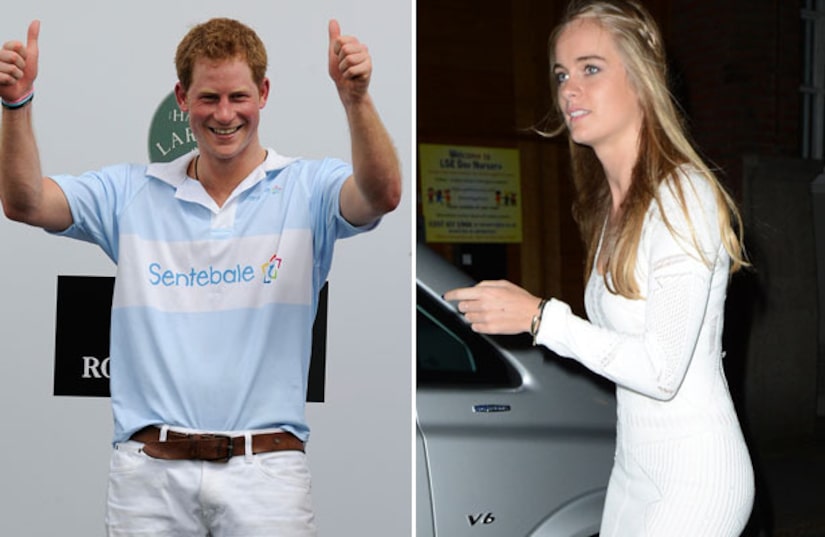 Royal chopper pilot Prince Harry is back together with his ex-girlfriend Cressida Bonas, according to new reports. The royal playboy reunited with the 23-year-old model in the aftermath of his naked photo scandal.

Sources tell Radar, “As soon as he landed in Afghanistan, Harry missed Cressida. They parted in a complicated fashion. Their relationship was on hold following the revelation of the nude photos in Las Vegas and because of Harry's plans to link up with the British army the pair decided to put their romance on hold.”

The insider added, “But Harry still had feelings for Cressida when he left the UK, and he stayed in touch with her, despite being stationed over a thousand miles away.”

Cressida had reportedly dumped the redhead after his wild trip to Las Vegas, where he was photographed playing “strip billiards” with another woman.

Radar's source explained, “They've had heart to heart conversations over the phone, and Harry told Cressida that he couldn't wait to see her when he got back. He admitted he missed her and wanted things to go back to normal when he returns. She feels exactly the same way and is willing to give their relationship another shot.”

At first it didn't look like the couple would get back together. An insider told the Mirror in August, “Harry has blown it…Cressida saw a future with Harry but then he went and embarrassed her like he did in Vegas.”