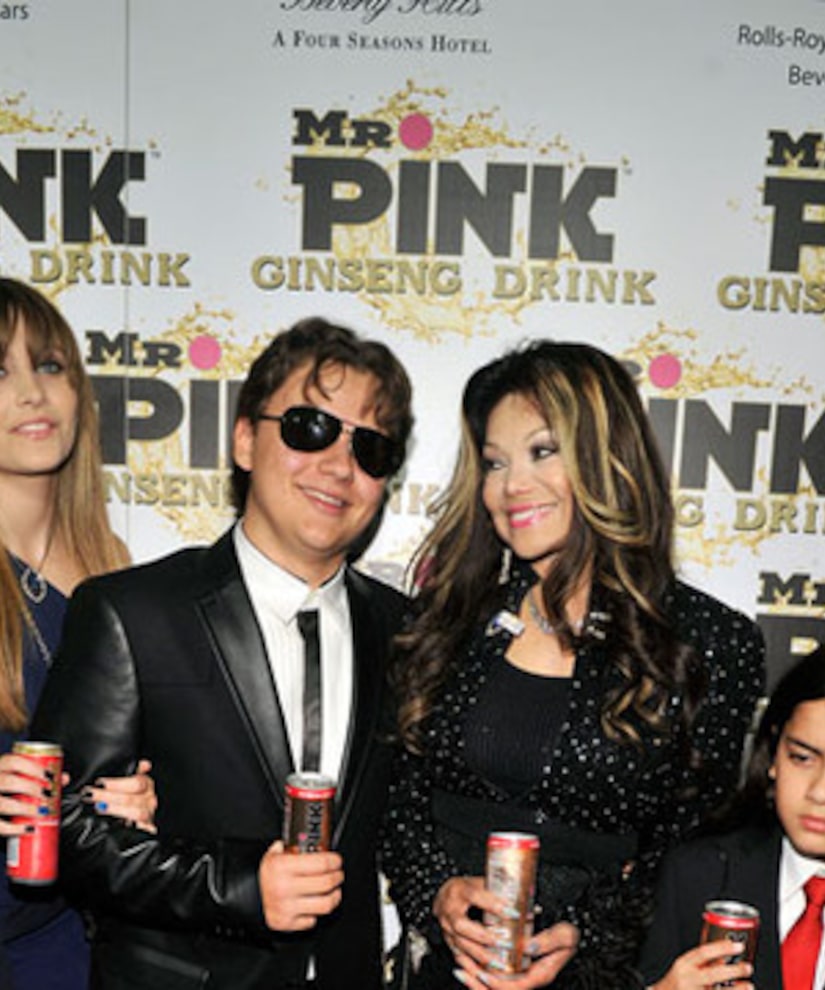 Michael Jackson’s kids -- Paris, Prince and Blanket -- set off a flashbulb firestorm when they hit the red carpet with Aunt La Toya in L.A. Thursday night at a beverage launch party.

“Extra’s” Jerry Penacoli was at the Mr. Pink Ginseng Drink launch and caught up with the famous family. Although they stayed mum on the Jackson feud, they did talk about Michael and La Toya’s new reality show.

Jerry asked, “Your dad would be 54 years old this year. How proud would he be of you guys today?” Paris replied, “I don’t know, but I want to make him proud, as proud as he can be.”

Meanwhile, La Toya is proud to be joining Oprah’s cable network with a reality show. “I’m ready for it,” she said of the OWN series “Life with La Toya.” “It’s always been a part of me.”