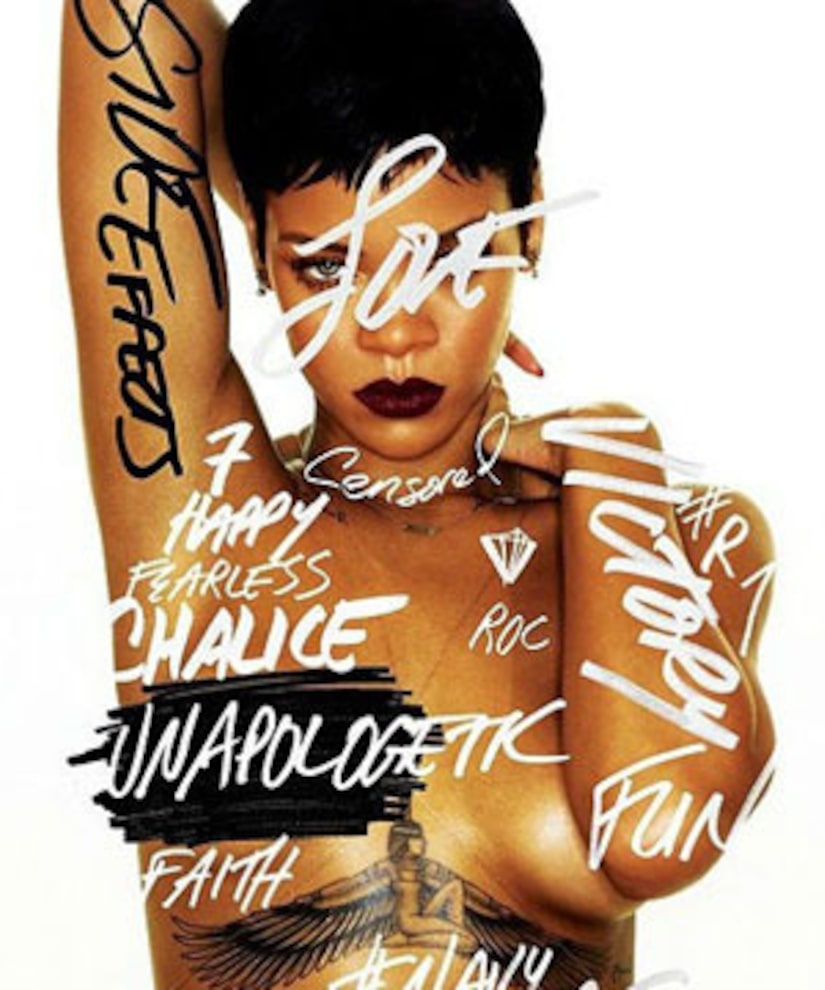 Rihanna tweeted the announcement along with a first look at the album cover, which features the singer topless, covered in writing that says “Victory,” “Love,” “Fearless” and “Faith.” The image also highlights her new Isis tattoo.

Fans have already gotten a taste for the new album with the single “Diamonds.” She told MTV News, "It gives me such a great feeling when I listen to it. The lyrics are very hopeful and positive, but it's about love, and the gears are a little different from what people would expect. I'm excited to surprise them sonically."