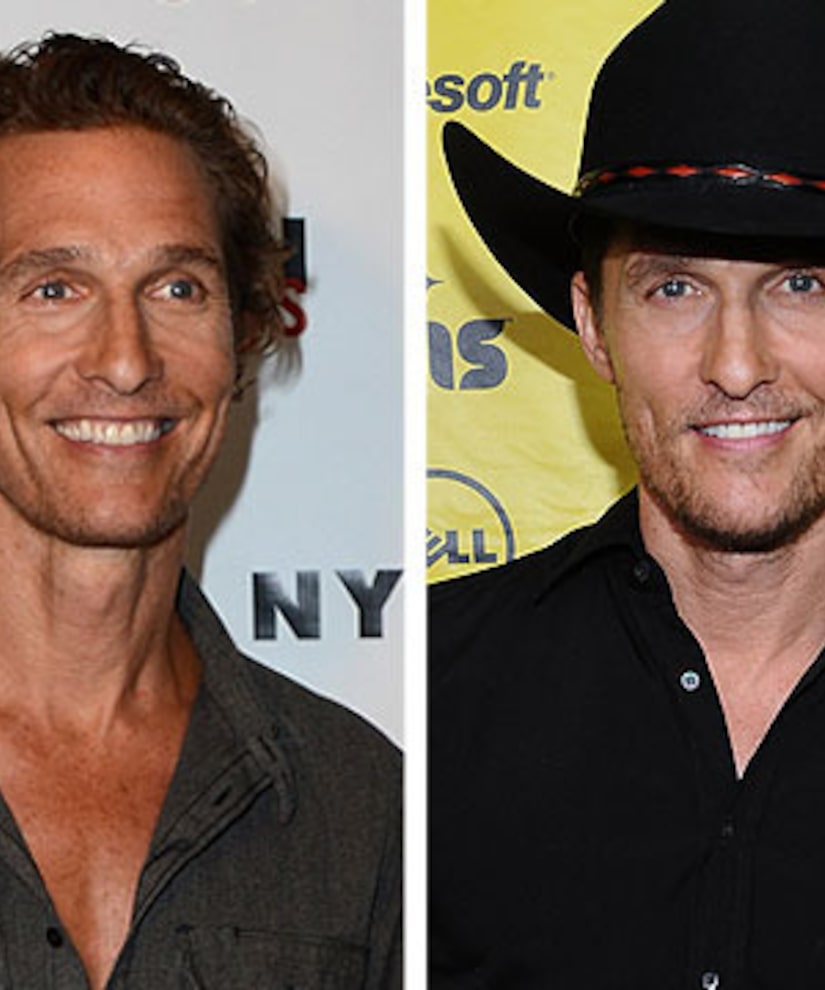 Actor Matthew McConaughey is taking his job seriously these days.

McConaughey, 42, has lost 30 pounds for his upcoming role in “The Dallas Buyer's Club,” the true story of a man with AIDS in the mid-1980s who seeks experimental HIV drugs to prolong his life.

People.com posted a photo of an very thin McConaughey exiting a church in Austin, Texas, and leaning on his mother for support.

"I should not look healthy by the time I'm doing this," McConaughey told Larry King's Ora TV web series “Larry King Now” in July, when he had lost 15 of the 30 pounds. Matthew said, "[I'm] drinking a lot of tea… It takes a while for your body to understand that it has to feed off of itself and that you're not going to give it something else from the outside."

McConaughey is expecting his third child with wife Camila Alves.