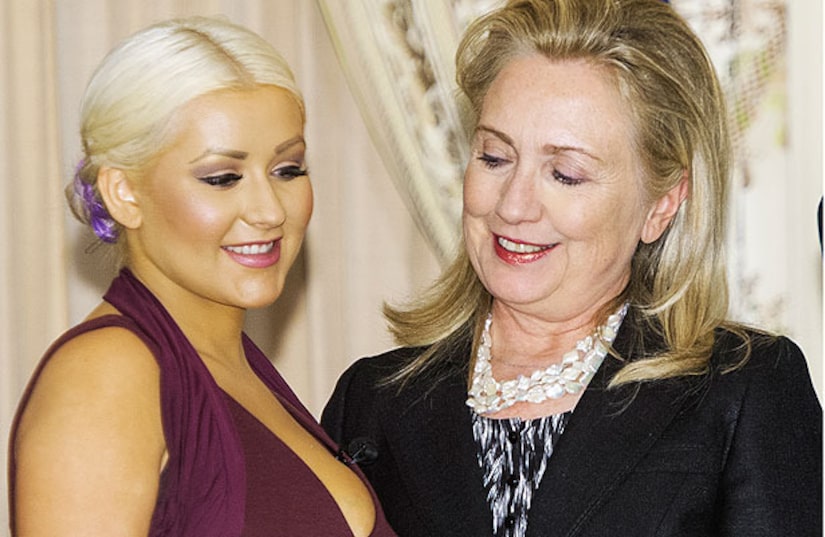 “Extra’s” Terri Seymour caught up with “The Voice” judge Christina Aguilera at the 2012 American Music Award nominations ceremony and asked the singer how she felt about Secretary of State Hillary Clinton taking a peek at her décolletage last week.

Christina laughed, “Hilarious, but you know, I was checking her out, too!”

Aguilera was honored at the McGovern Awards in Washington D.C. for her work to end world hunger, and she was thrilled to be in Clinton’s company.

“She was funny, very casual,” said Xtina. “I was like, ‘Oh my god, this is a more conservative place for me.’ It’s D.C. and a serious subject. But Hillary was cute, she said, ‘If I had a voice, I’d want to be our your team. But I’m so glad your voice is on our team against world hunger.’ It was warm and endearing. She’s an amazing woman, I have so much respect for her.”

Watch more of our interview, including what Christina has planned for her performance at the AMAs on November 18.

Big Barbz and Rihanna dominated all nominees for this year's AMAs with four nods apiece, followed closely by Justin Bieber, Drake, Maroon 5, Usher and One Direction with three each. For a complete list of AMA nominations, click here!