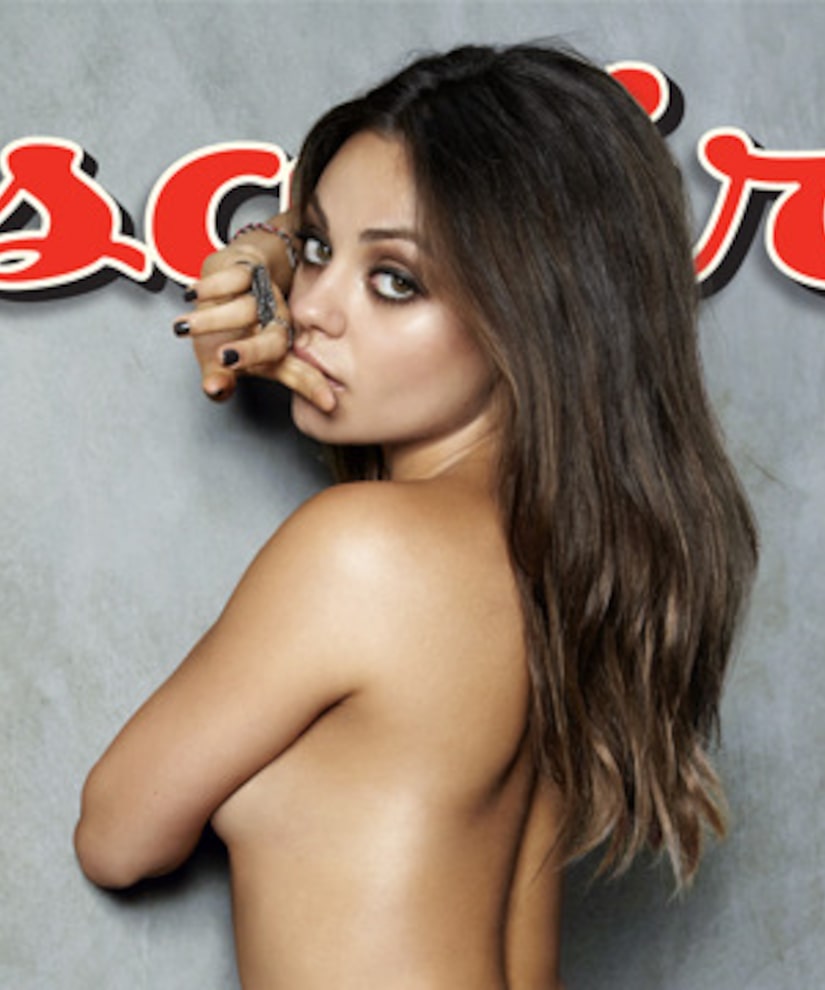 Mila Kunis is the Sexiest Woman Alive according to Esquire and she's living up to the title by going topless for the mag's November issue.

Kunis, 29, summed up her personality for the magazine, saying, “If I wanted to charm the pants off you, I could.” It's likely any fans watching the video above would agree. The “Black Swan” actress poses seductively in the promotional video, nearly naked at times. Watch!

The starlet might be the newly minted Sexiest Woman Alive, but she'll never buy into the hype of such honors. “I love what I do. I couldn't imagine doing anything else. But when I'm done with the work, I'm done with work.”

She added, “I think that if I bought into the hype, I would lose all sight of who I am, and so much of who I am is what my parents went through and instilled in me.”

These days, Kunis is spending her time off with boyfriend Ashton Kutcher. The couple hasn't officially acknowledged their relationship, but they've gone so far as to attend Kabbalah services together and are regularly snapped smooching and canoodling.

Mila even traveled to Cedar Rapids, Iowa to visit Ashton's family last month. Although she's met many of them in the past, this time it was different. A source told In Touch that the relatives like her and feel she has “grown up quite a bit” since her days on “That '70s Show.”