Reality star Kim Kardashian looks ready to walk down the aisle again in a new wedding dress photo shoot for Tatler magazine. The 31-year-old posed in a series of dresses for the cover story, including one that looks an awful lot like a wedding gown.

Kardashian, who has been married twice, didn't hold back when asked about her most recent 72-day marriage to NBA star Kris Humphries.

According to an early copy of the November issue obtained by MTV, she said, "It had always been my dream to have a big wedding, and when people said that I'd made it over the top for ['Keeping Up with the Kardashians'], that was just me: I am over the top. But the next time, I want to do it on an island with just my friends and family and that's it."

She also called herself a “hopeless romantic” when it comes to love.

"When I look back at interviews I gave [about previous boyfriends] saying, 'We're talking about marriage, etc.' It's embarrassing. And I really believed it at the time!" she said. "I'm such a hopeless romantic that I'll always believe the next one is the one." For now, she's enjoying life with boyfriend Kanye West.

"It's so nice to have a best friend in this game who understands everything you're going through,” she said. “Being with someone I've known for so many years is comforting. He's been there through so many different stages of my life and before I was famous, so this relationship is a different thing entirely."

Kim added, "It's good to be aware that he definitely doesn't want anything from me too, because he understands the business. I can't even think about being with anyone else than the man I'm with."

Kardashian also had tongues wagging in August when she posted a photo of herself in a wedding-like gown on Instagram. 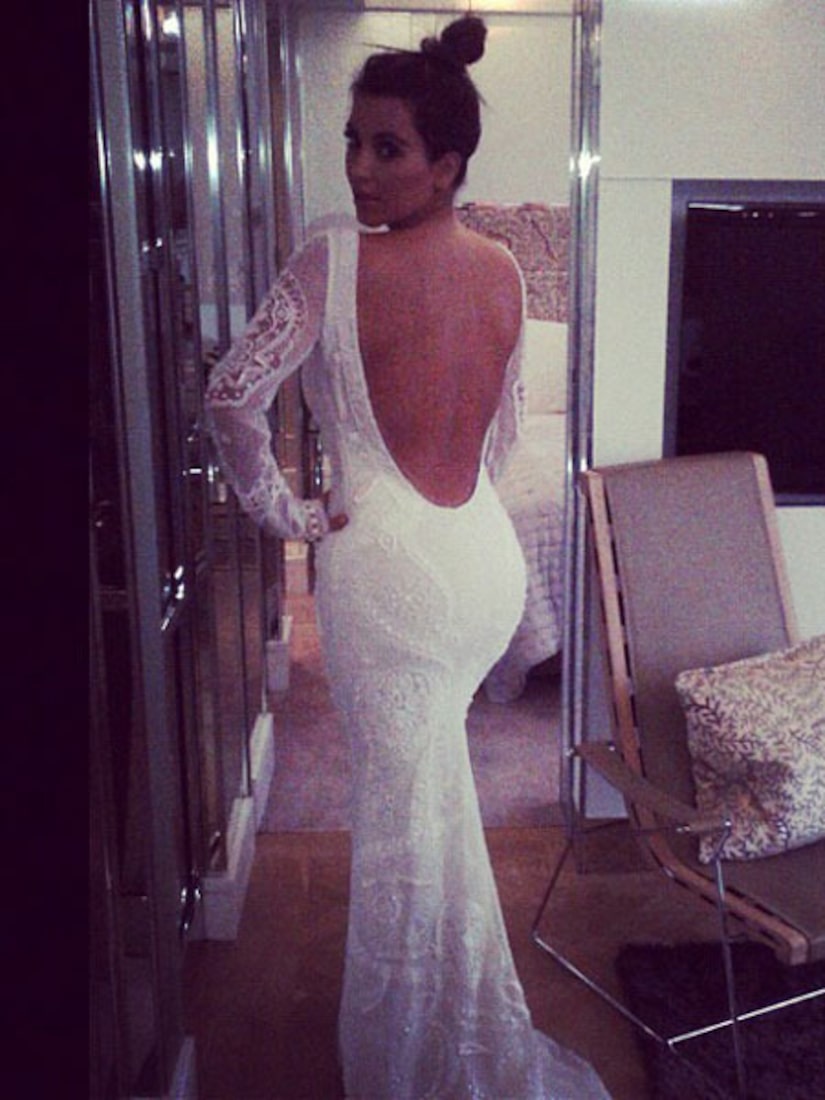