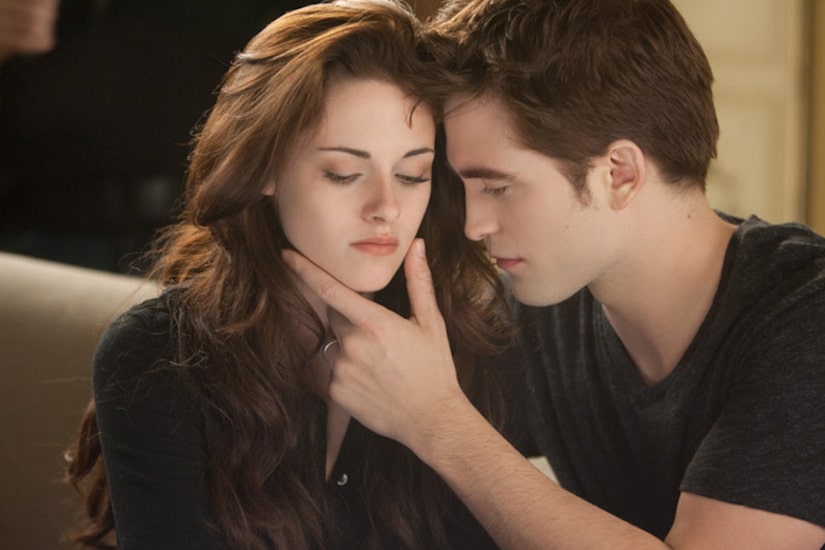 The pics feature lots of new scenes from the final flick, including Bella Swan (Stewart) as a newbie vampire with hubby Edward Cullen (Pattinson) and more. Check out the photos above!

Aside from the romantic movie stills, RPatz and KStew appeared together at Soho House in West Hollywood on Saturday night, according to E! News.

The sighting follows reports that the two are once again living together.