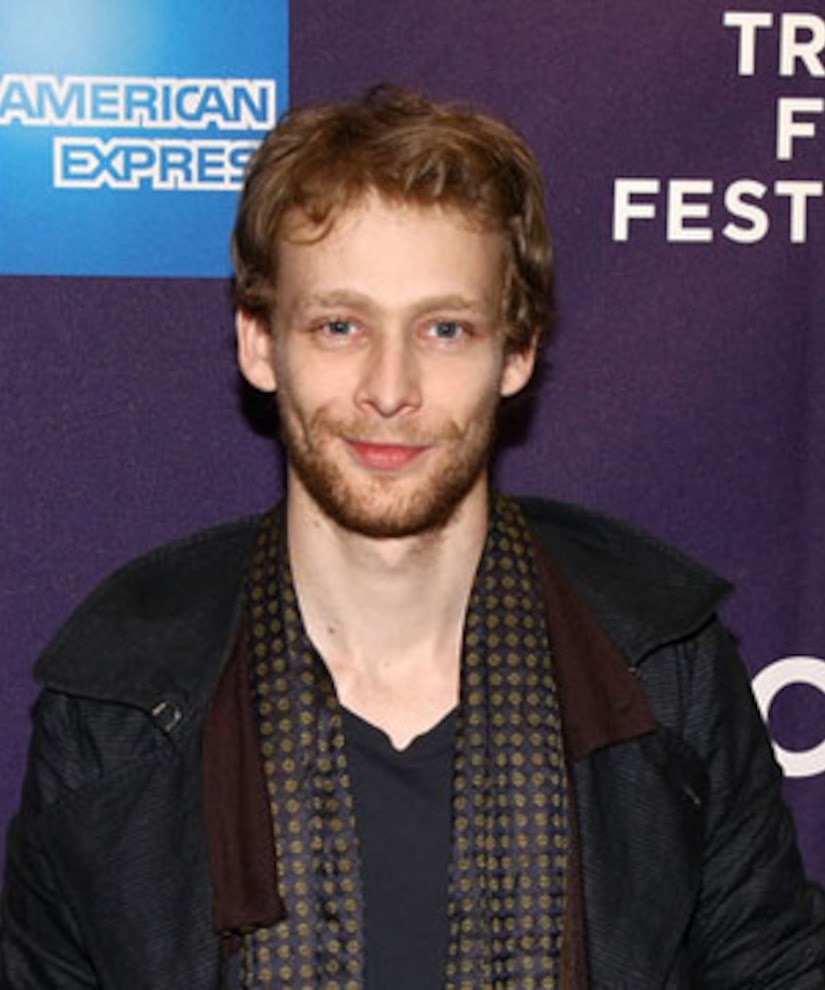 Johnny Lewis, best known for his role on “Sons of Anarchy,” was no stranger to violence before the bizarre events that left him and landlord Catherine Davis, 81, dead.

Law enforcement sources told TMZ that 28-year-old Lewis was found in the driveway of a Los Feliz home, dead after apparently jumping or falling off the roof, while Davis was found beaten and strangled to death inside. The elderly woman's pet cat was also found dead in the house, "Extra" learned.

Johnny's trouble with the law started back in January, says the Los Angeles Times. Two men found the actor in their Northridge townhome (in the same complex where Lewis used to live) wearing only pajama bottoms. When the men asked him to leave, he beat them with an empty Perrier bottle. 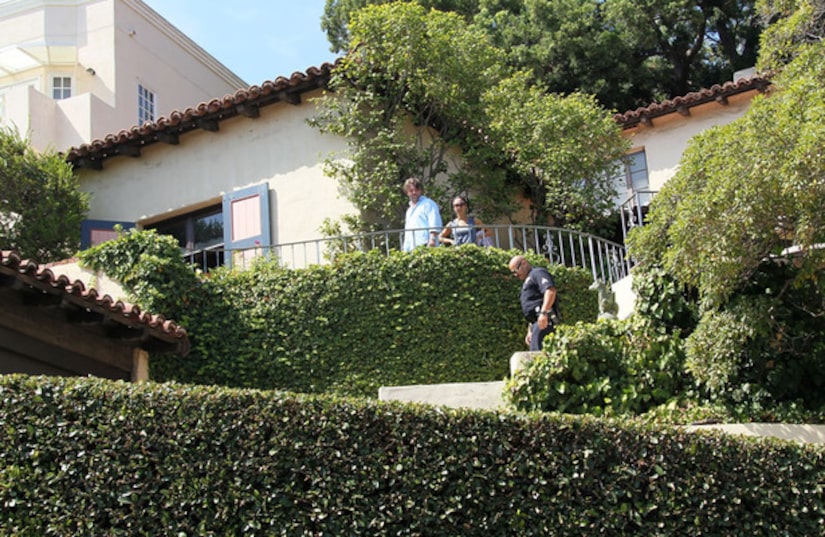 [Photo: The scene of the crime in Los Feliz. Credit: Getty Images]

Lewis was arrested and later released on bail. By February he was in custody again -- this time for punching a man in a Santa Monica yogurt shop.

Days later, Johnny tried to break into a Santa Monica home, but was interrupted when a woman saw him and started screaming. The budding star was arrested again and released on bail in March. His freedom didn't last long. After failing to appear, he was detained on a bench warrant and stayed behind bars until May 23.

Lewis completed a court-ordered, 30-day outpatient program at Ridgeview Ranch in Altadena and by Aug. 17 was put on probation. By September he was back behind bars for reasons “not entirely clear,” according to the Times, and released on Sept. 21.

Five days later, Johnny was at the center of the tragic double death scene in Los Feliz, where he also allegedly attacked two neighbors, and according to new reports, violently killed and dismembered his landlord's cat with his bare hands.

Lewis' unraveling began just as his career began gaining momentum. Along with his role in “Anarchy,” Lewis had parts in “The O.C.,” “Criminal Minds” and “Bones.” He also dated singer Katy Perry in 2006.

A source told Us Weekly that Perry was “devastated” by the news. "She had to separate from him... to get ahead and focus on her career," the insider explained. "He was in trouble then and she couldn't help him. A lot of her songs were partially inspired by him. I know 'The One That Got Away' and 'Circle the Drain' are partly about him, as well as Travis [McCoy of Gym Class Heroes]. But she was young and it was a time in her life she cherishes."

"Sons of Anarchy" creator Kurt Sutter released another statement about Lewis on his WhoSay blog, writing, "Sadly, yet, not surprisingly, Johnny's story has become headline fodder; sycophants churning out the dirty details. Their callous regurgitation is as disturbing as the truth that's being revealed. Hopefully people will see beyond the titillating horror and understand the dangers of ignorance when dealing with drug addiction and mental illness -- perhaps a few weeks at 'the Ranch' wasn't enough. If you pray, say a few for his family. If you don't pray, try to glean some kind of lesson from this man's tragic fall."