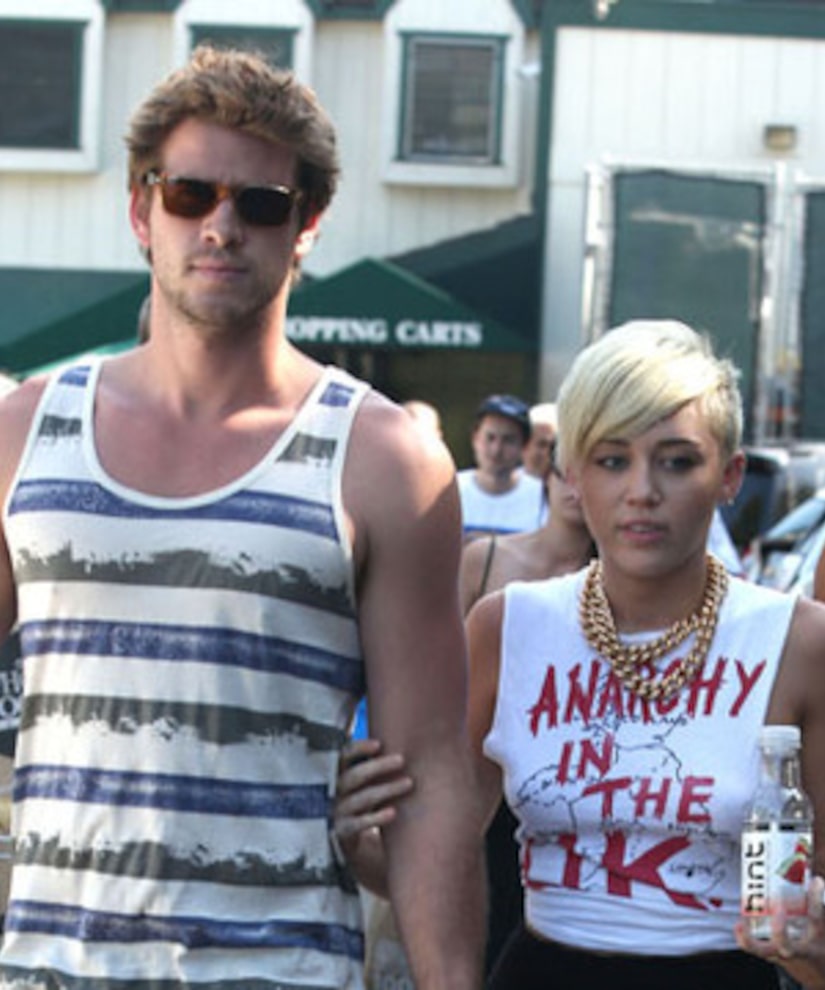 Miley Cyrus got the rumor mill going a few weeks ago with a series of sad posts on Twitter. Immediately, the Internet was abuzz with gossip that there was trouble between Miley and fiancé Liam Hemsworth.

On Sept. 13, the actress tweeted, “Thought of the day: maybe it's not that they love you less, they just love you the most they are capable of loving.” After fans got concerned, she followed up with “& no there is not trouble in paradise.... just thoughts.”

Although Cyrus, 19, quashed the rumors, sources told Star Magazine the tweets were a “huge insult to Liam.”

"She tried to pass it off like it had nothing to do with him, but it totally affected him, no matter what she tries to say,” the insider said. "She was trying to get his attention, but she just ended up making him pull away from her more. He thinks she's acting like an immature schoolgirl, and he wants her to get off Twitter completely."

This wouldn't be the first time Liam has urged his “Last Song” co-star to close her account. In 2009, at just 16, Miley tweeted, "FYI Liam doesn't have a Twitter and he wants ME to delete mine with good reason.”

She later explained her decision to quit the social media site with a rap song. Watch!