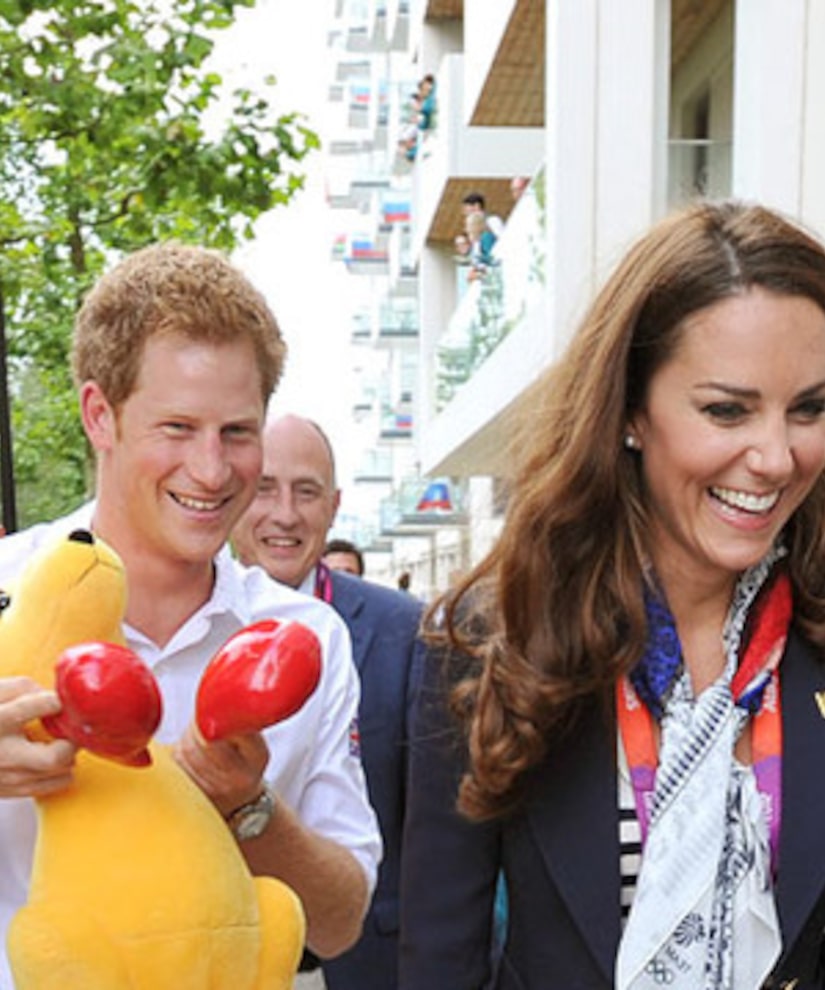 More naked photos of Kate Middleton hit the web this week, just as the palace announced it would not be pursuing legal action against British papers that published images of Prince Harry in his Vegas birthday suit.

Poor Kate Middleton already endured an embarrassing scandal over racy topless pics, only to have bottomless photos appear in a Danish magazine on Friday and later on Egotastic.com and other sites.

The images of Prince William and Kate were taken while they were sunbathing at a relative's private chateau in Southern France. A popular tabloid in Denmark published the grainy pictures, likely taken while the royal was changing bikini bottoms.

Meanwhile, Prince Harry is closing the book on his own nude photo scandal.

A rep for St. James Palace told E! News that the family will not go after The Sun for defying the crown and publishing the pics of the royal bad boy playing naked billiards in Las Vegas.

The spokesperson said, "Prince Harry is currently focused entirely on his deployment in Afghanistan, so to pursue a complaint relating to his private life would not be appropriate at this time and would prove to be a distraction," the spokesperson added. "We have concluded that it would not be prudent to pursue the matter further, and we will have no further comment to make about the matter."

The rep added, "We remain of the opinion that a hotel is a private space where its occupants would have a reasonable expectation of privacy."