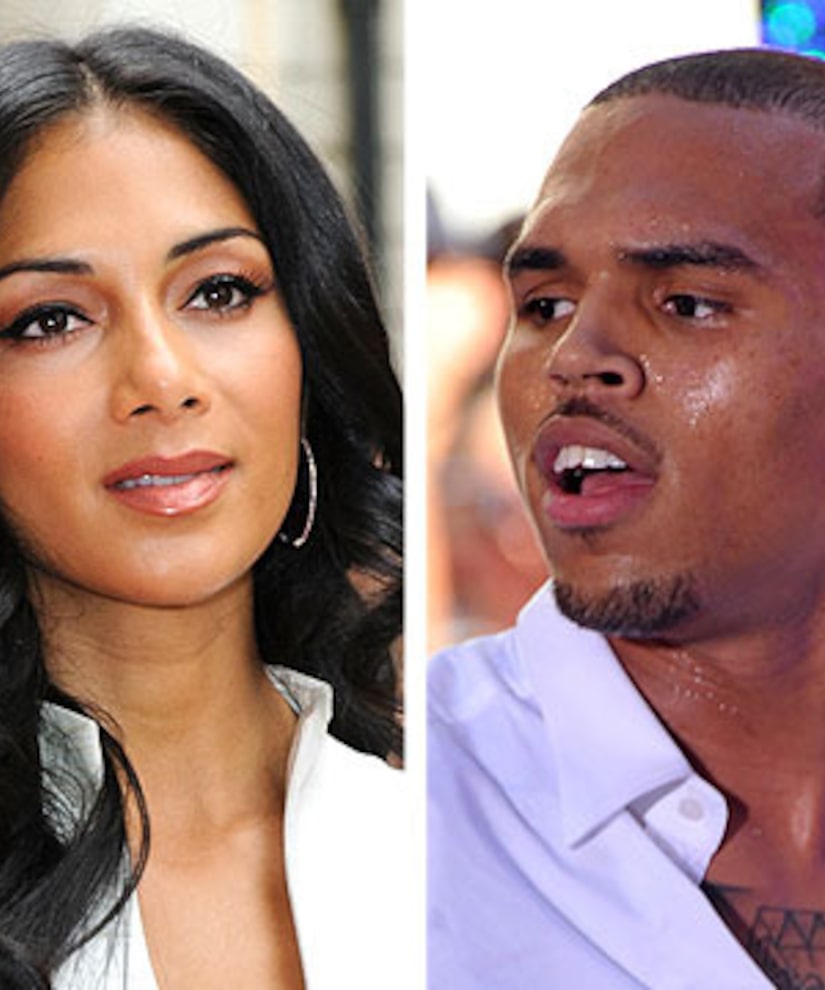 New photos have emerged of what looks like singer Nicole Scherzinger making out with hip hop star Chris Brown, but Nicole's rep insists the two were not kissing.

“The photos that have surfaced are old friends who were trying to talk at a very loud club,” the rep told TMZ.

Rumors of a romance surfaced when the grainy up-close-and-personal photos of the two appeared on x17online.com. According to their report, a source said, "They were dancing close for a while and being all touchy-feely and finally Chris leaned into her. She put her head on his shoulder and they started kissing! I couldn't believe Chris was being so obvious about it!"

Scherzinger's rep, however, asserted, “There is absolutely no truth to the ridiculous story. I guarantee there will be no photos of them kissing.”

The Pussycat Doll singer has been in an on-again/off-again relationship Formula One racer Lewis Hamilton, while Brown recently split with model Karreuche Tran.