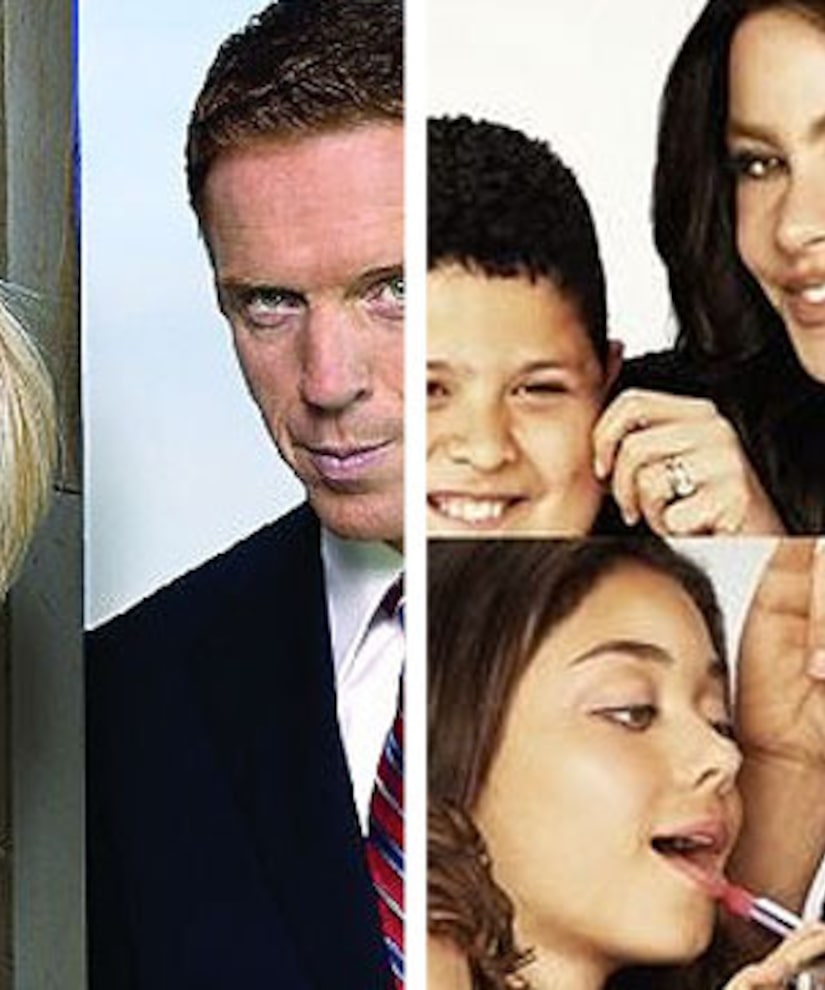 The Showtime CIA drama “Homeland” and ABC comedy “Modern Family” were the big winners at the 2012 Emmy Awards on Sunday.

Along with Bowen and Stonestreet in the comedy series category, Julia Louis Dreyfus won Best Actress for her hilarious turn in “Veep,” while “Two and a Half Men” star Jon Cryer won his first Best Actor Emmy.

Joining Danes and Lewis in the drama category were Aaron Paul, who won Best Supporting Actor for his work in “Breaking Bad,” and Maggie Smith, who took the Emmy for “Downton Abbey.”

Other key winners included the HBO political drama “Game Change,” which won Best Movie or Miniseries, along with writing, directing and an Best Actress Emmy for its star Julianne Moore.