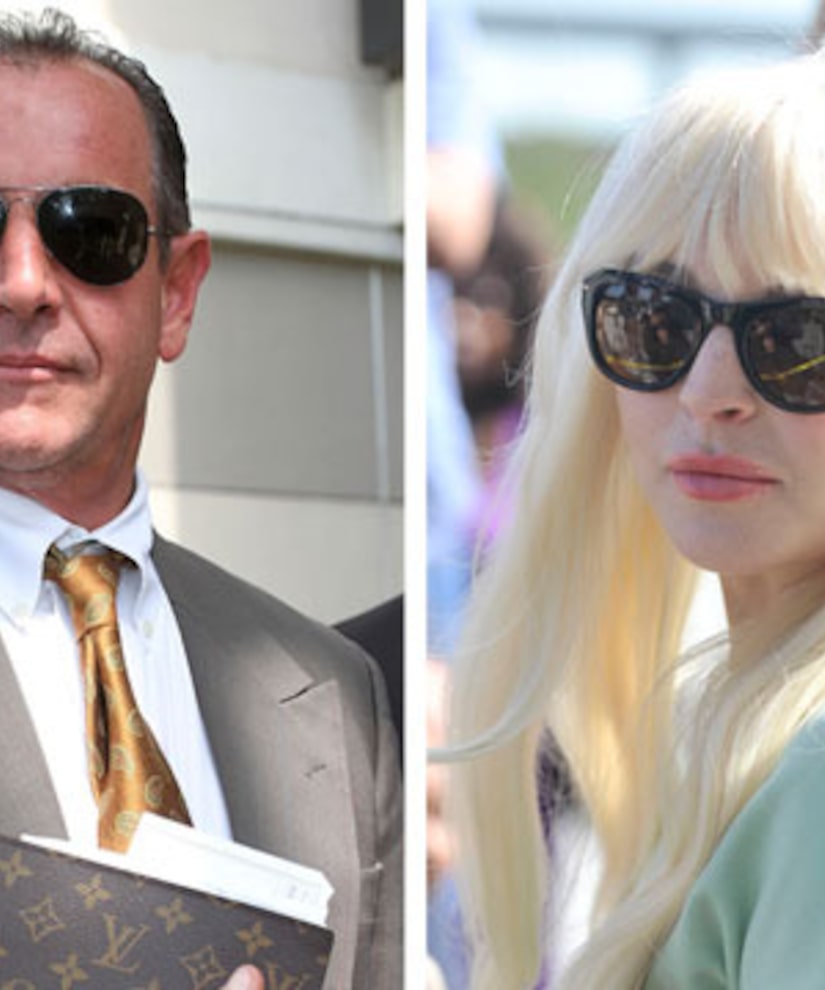 Michael Lohan went on the record with "Extra," saying Lindsay was obviously set up. “Wouldn't somebody dodge a car if they were coming into a parking lot at 1 or 2 miles an hour?"

Papa Lohan continued, "There's a lot of holes in his story and it's gonna come out in the wash."

When asked about the claim Lindsay reeked of booze at the incident, Michael exclaimed, "Absolutely not. How can she reek of alcohol when he wasn't even near her? He was outside the car and she was inside the car with the window up. I don't know where he's getting this from."

His last piece of advice for his daughter, "I love you dearly. I'll always be there for you... you know that. Nothing good happens after 2 o'clock... there's only cops and criminals out at that hour. I hope you just start surrounding yourself with the right people."