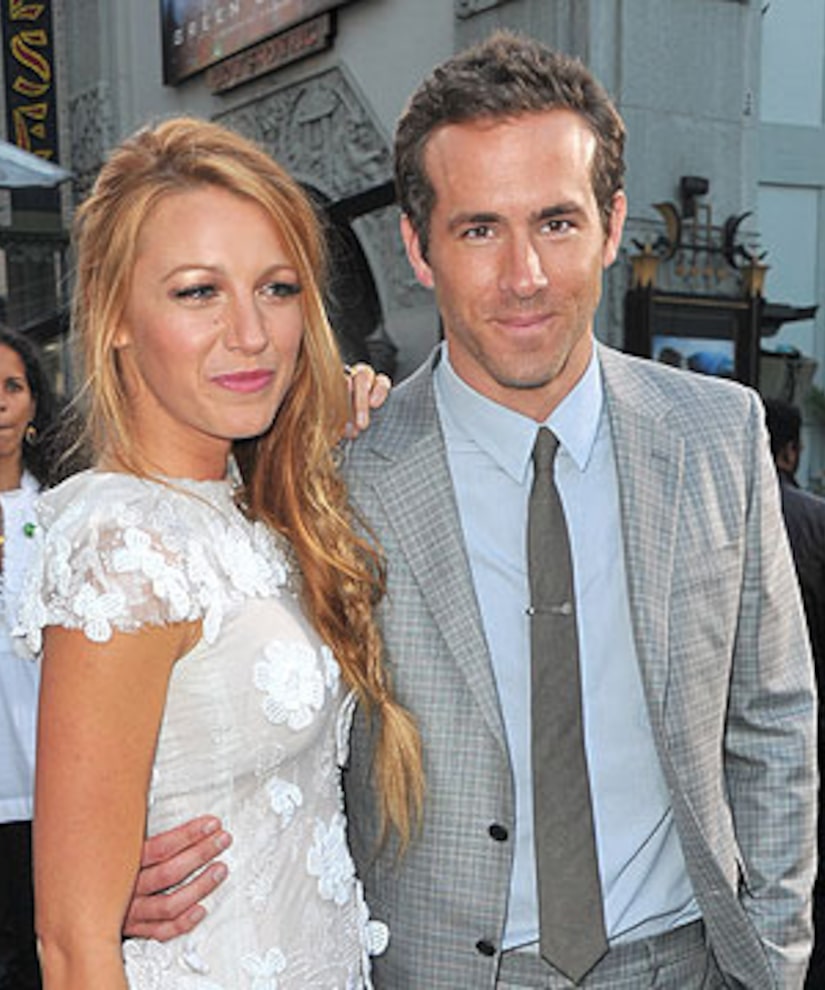 Actress Blake Lively is showing some telltale signs of being pregnant, but Hollywood bump-watchers can relax, she isn't expecting. Rumors were swirling that the “Gossip Girl” actress and new hubby Ryan Reynolds rushed down the aisle shotgun style, but her rep tells "Extra" it simply isn't true.

The buzz started when sources on the set of “Gossip Girl” told the New York Post that Lively is “glowing” and her eating habits have changed.

The insider said, “Blake is usually really careful about what she eats, but since her wedding, she seems to be eating a lot more. Everyone on set is on bump-watch.”

In the October issue of Allure magazine, Blake revealed, "I've always wanted a big family. Oh, I'd love 30 [children] if I could.”

Reynolds, 35, and Lively, 25, wed in a secret ceremony on Sept. 9 at Boone Hill Plantation in South Carolina. The couple headed to Virginia for a mini-moon Sept. 15. Blake was back on the set of “Gossip Girl” on Monday.