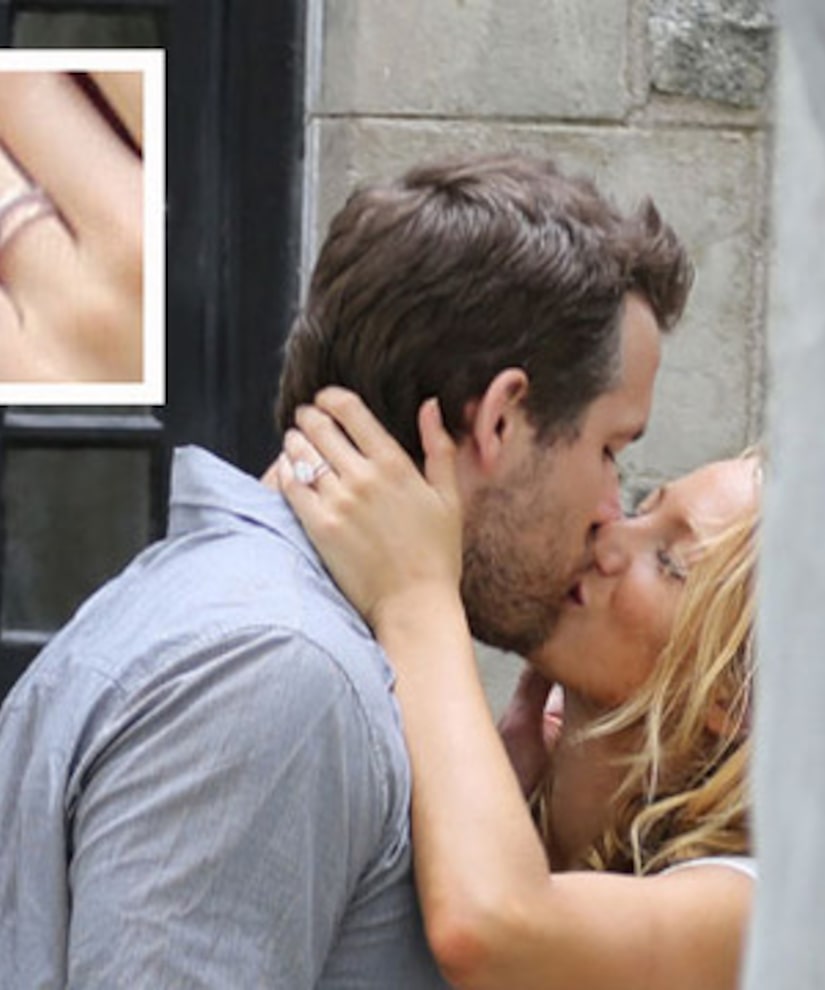 Newlyweds Ryan Reynolds and Blake Lively were caught kissing in public! The “Gossip Girl” star reportedly grabbed Ryan and pulled him in for a smooch, while flashing her engagement ring at photographers.

The light pink diamond is approximately 12 carats and worth an estimated $2 million, according to the Daily Mail. Ryan designed the giant sparkler with Lorraine Schwartz. A spokesperson for the celebrity jeweler told People, “They worked together to design a custom setting in rose gold and pave diamonds with a nod to Deco.” Blake's engagement ring is paired with a rose gold wedding band, also designed by Schwartz.

The uber-private duo were spotted around Charleston after the nuptials and took a mini-moon in Little Washington, VA (population 150) over the weekend. According to People, Ryan and Blake stayed at the Virginia Inn, owned by Chef Patrick O'Connell. The hotel boasts 18 rooms and three luxury “cottages,” which cost up to $2,450 per night.

After the getaway, Lively headed back to the set of “Gossip Girl” on Monday. 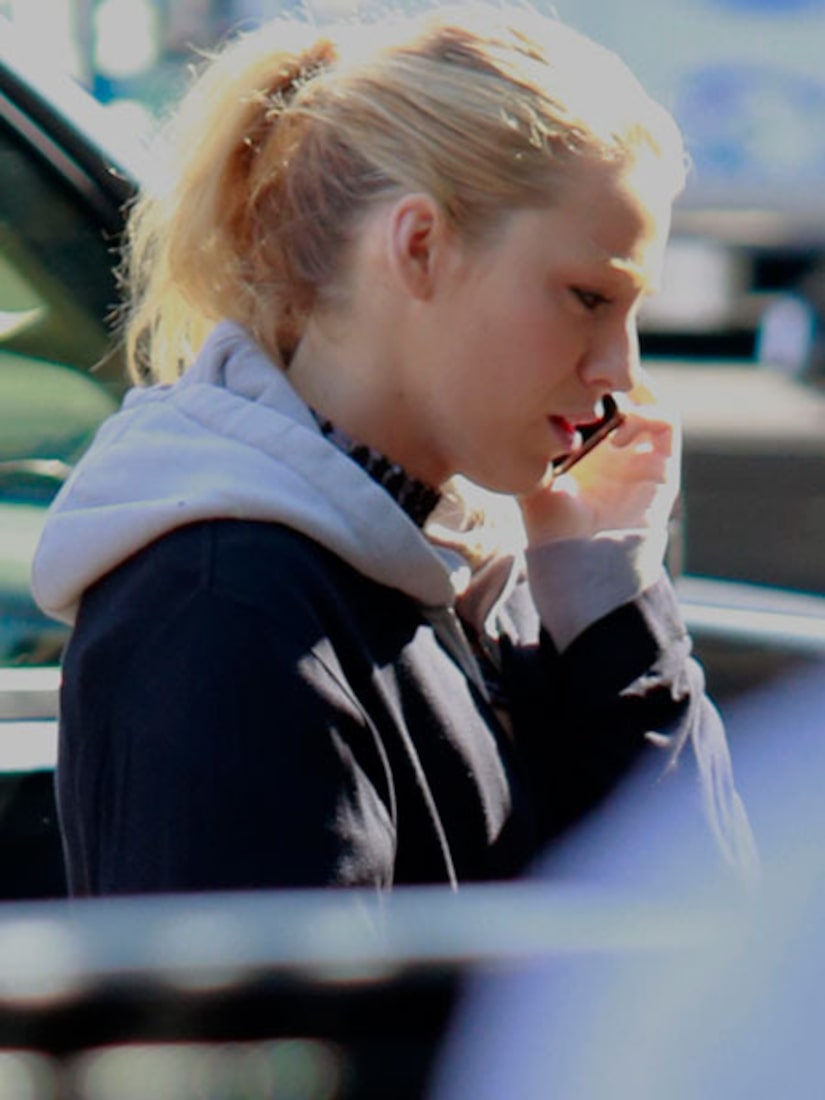 Photo: Blake Lively on the set of "Gossip Girl" on Sept. 17. Credit: Splash.