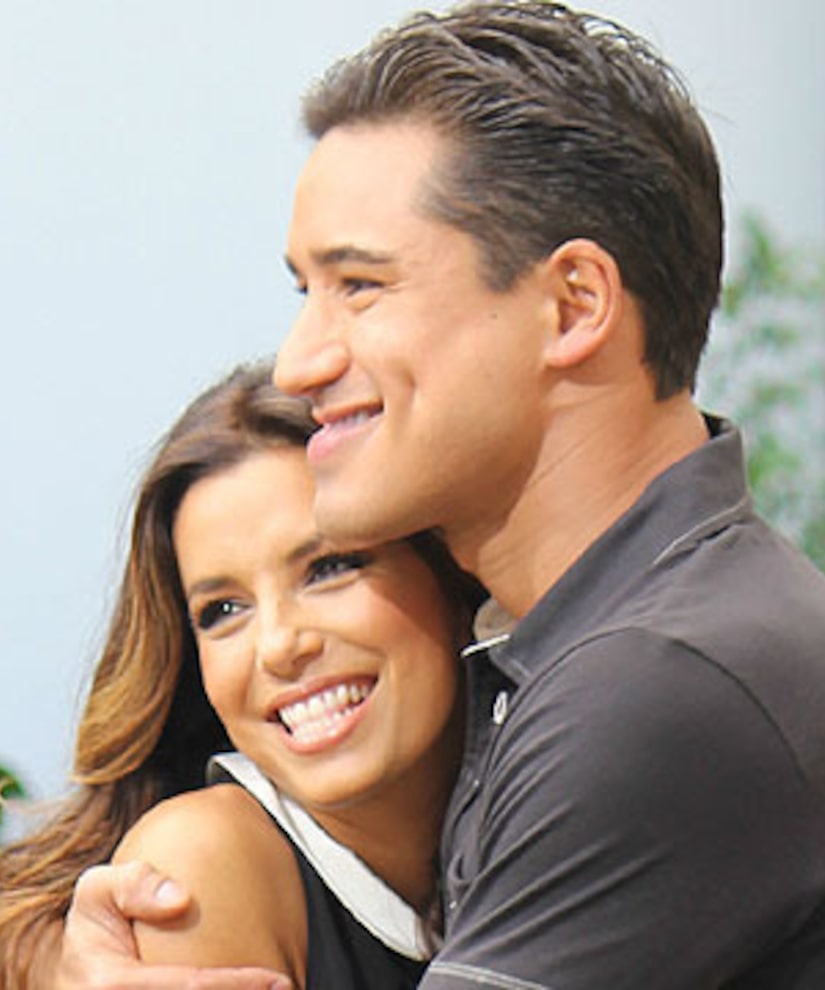 After jokingly calling her good pal Mario an “a**hole” for asking about the rumored romance, Longoria finally said, “Mark and I are, you know, fine. We're happy just dating.”

It’s not like she has a lot of time to date as she continues supporting President Barack Obama as Co-Chair of his national re-election committee.

Her speech at the Democratic National Convention was a powerful one, and Mario wondered if Eva would ever consider running for office. She laughed, “No, I think the power is in the citizen.”

Longoria is also preparing to co-host the 2012 Alma Awards with George Lopez, honoring stars like Christina Aguilera… and US swim champ Ryan Lochte?

Finally, the busy TV star is opening a new restaurant called She in Las Vegas. “It's kind of a female concept on the traditional boys club steakhouse.”