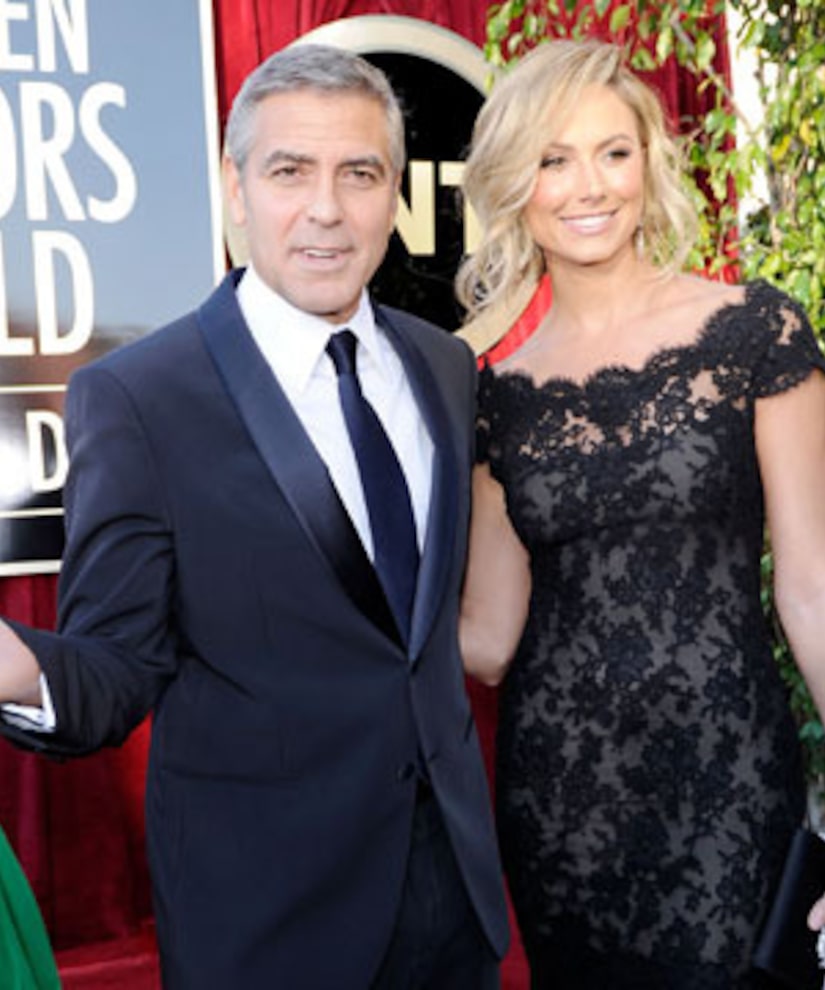 Actor George Clooney and Stacy Keibler are still one of Hollywood's hottest couples. Reports of a split were completely fabricated, according to his rep.

Rumors started when The Sun published quotes from an insider claiming to know Keibler.

"She said George wants to be on his own again and has no intention of getting married," the source said. "Stacy hoped they would be together long-term. It was a big breakthrough to spend time with his parents. But over the last few weeks, George has pulled away from her."

The Oscar winner and his model girlfriend, who have been dating for more than a year, spent the summer together, vacationing in Europe and at his villa on Lake Como.