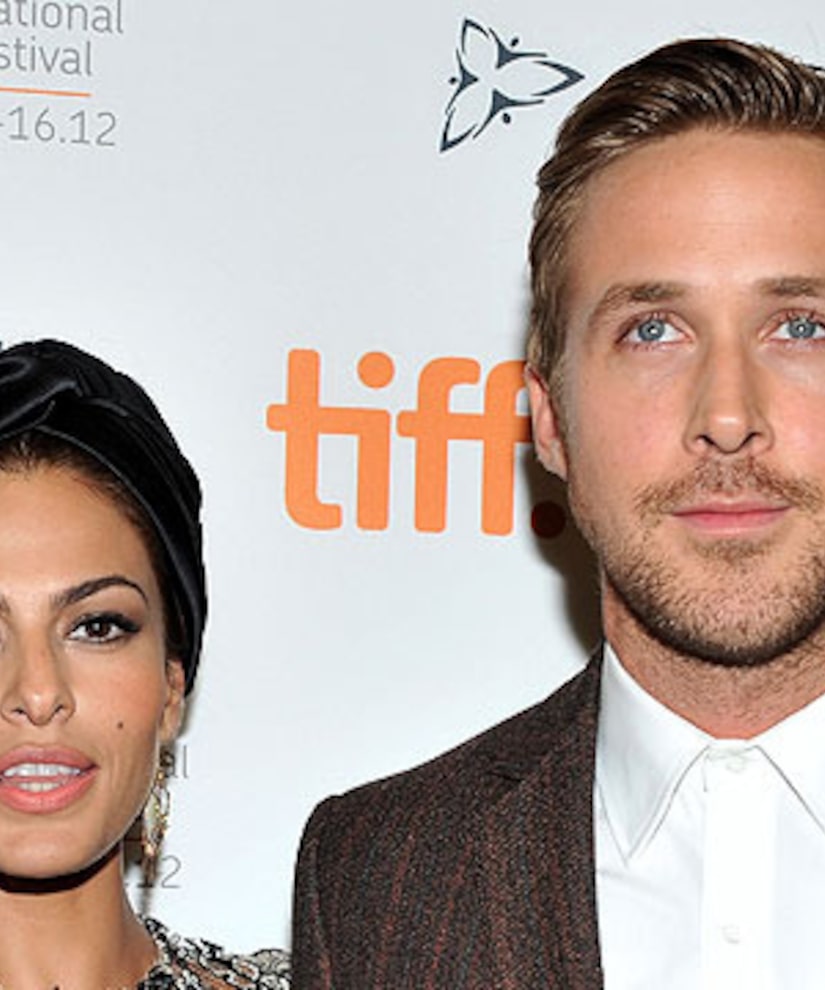 “Extra’s” Ben Lyons caught up with Ryan Gosling at the Toronto Film Festival premiere of the heist thriller, “The Place Beyond the Pines” where he asked Gosling about the possibility of playing Christian Grey in the big screen adaptation of “Fifty Shades of Grey.”

Gosling replied, “I don’t… what is this book that everyone is talking about? It seems very popular.”

In “Pines,” Gosling, who attended the premiere with co-star and GF Eva Mendes, plays a motorcycle stunt rider who considers committing a crime in order to provide for his wife and child, but ends up colliding with cop-turned-politician, played by Bradley Cooper.

Ryan said of the role, “It's always been a fantasy of mine to rob a bank, but I'm scared of jail!”